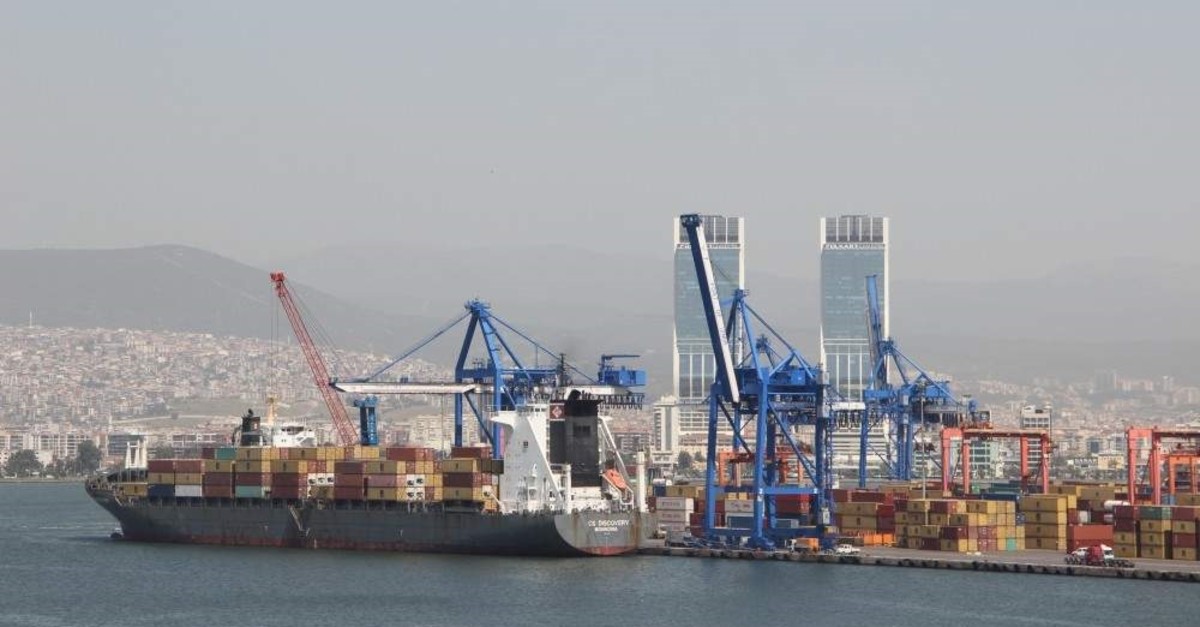 Turkey is targeting $190 billion worth of exports in 2020, the head of the Turkish Exporters' Assembly (TİM) said Thursday.

Despite multiple hurdles, the country's exports reached an all-time high in 2019 as they crossed $180.46 billion, up 2.04% year-on-year, according to assembly data.

Imports dropped by 8.99% to reach $210.4 billion, while foreign trade deficit decreased by 44.9% year-on-year from $54.3 billion to $29.9 billion. Foreign trade made a record contribution of 4.7 points to the country's growth, the largest contribution seen in 18 years in Turkey.

According to current figures, exports this month rose 5% over January 2019, added Gülle.

The Central Bank of the Republic of Turkey (CBRT) began aggressively lowering rates in July last year, after having raised the key rate to 24% in September 2018 in the face of rising inflation. It cut the main policy rate by 12% between July and December to 12%.

Cutting interest rates and raising the number of meetings are both important steps, said Gülle.

Despite difficulties in international trade, it is important that Turkey's exports trend upward, he stressed. "I'm confident that we'll close out this year with a record in exports," he noted, adding that they are working toward this goal.

He stressed that while major world economies closed out 2019 in decline, it is extremely important for Turkey to reach 2% growth.

In 2019, the sales volume of the world's top 50 exporting countries contracted by 2.7%. Turkey, however, ranked seventh in the list of countries which saw the highest increase in exports.

In 2019, 17,544 Turkish firms exported for the first time, with their foreign sales totaling $4.5 billion, the TİM chairman noted.

Trade Minister Ruhsar Peckan recently said the volume of the country's exports, affected by the protectionist measures, increased to $7.2 billion in 2018 and $11 billion in 2019. When looking at some possible measures, Pekcan said this is likely to go up to as much as $14.4 billion."

Turkey is a role model for its region, he said, adding that the country saw developments in investments, GDP, technology and the defense sector in recent years.

Touching on the ongoing Brexit process, he predicted that the Brexit deal will cause no significant problems for Turkish trade. "There may be opportunities in Brexit. The U.K. decision will determine Turkey's position. It's important for us to manage this process well," he added.

The U.K., which is one of the 17 target countries cited in Turkey's Export Master Plan, is among the developed countries where Turkey runs a surplus in its foreign trade and continuously increases its exports. Exports to the U.K. amounted to some $11.28 billion last year, according to TİM figures.

Gülle also said that Turkey's annual GDP growth rate will be positive in 2019 and around 5% in 2020. "There's nothing negative about Turkey in 2020. Almost all indicators are positive," he added.

Turkey's GDP entered a promising era of growth in the third quarter of 2019, breaking three consecutive quarters of contraction. The economy grew 0.9% year-on-year between July and September, according to Turkish Statistical Institute (TurkStat) data.