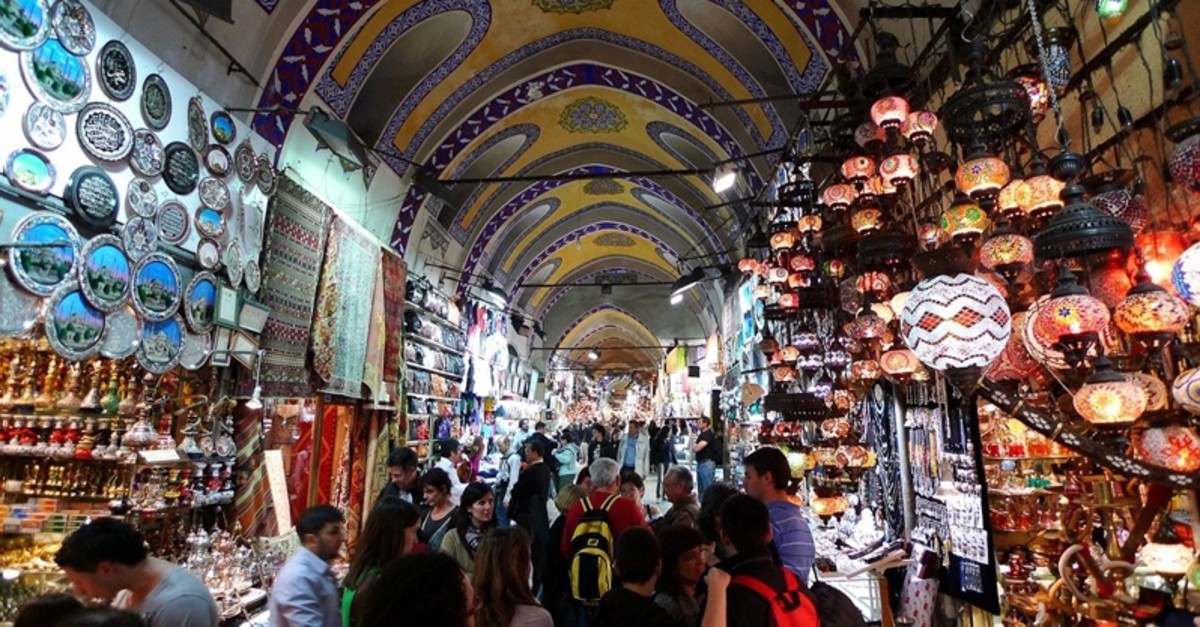 Having left behind a buoyant year for tourism, Turkey has witnessed an increase in shopping activities from foreign visitors, with the Chinese holding the largest share in total tax-free shopping and Qataris having the highest average spending

Foreigners visiting Turkey over the course of 2019 have boosted their shopping activities by 28% year-on-year, according to shopping tax refund firm Global Blue data.

The Switzerland-based firm, which relies mainly on Chinese, Middle Eastern and Russian tourists who use its network to purchase luxury goods tax-free, said the Chinese led the way in terms of share in the total tax-free shopping in Turkey, while Qataris presided over the largest average spending.

The volume of transactions went up by 21%, while average spending per shop has surged by 5% year-on-year, according to Global Blue's annual analysis of the tax-free sales of 2018 and 2019.

Having been carrying out its tax-free shopping transactions in 53 countries worldwide, Global Blue has been operating in Turkey since 1996 at more than 8,000 retail points, as well as 45 refund points at urban refund offices and border gates.

Tourism in Turkey had its best year ever in 2019. The number of international visitors to the country surged 14.31% year-on-year to 42.9 million in the first 11 months of the year, according to Culture and Tourism Ministry data.

Some 6.89 million Russian tourists arrived in the country over the said period, again topping the list among tourist-sending nations. Germany came second with 4.83 million tourists and the U.K. with 2.5 million tourists ranked third. Bulgaria and Iran were also among the top countries sending the highest numbers of tourists.

"As in the previous year, the Chinese made up the biggest share of tax-free sales in 2019. They maintained first place despite a 4% growth this year, lagging behind the overall growth of 28%," Şeyhun said.

Despite a 13% shrinkage in the purchases of Saudi Arabian tourists, whose arrivals in Turkey dropped due to some political reasons, according to Şeyhun, they came second after the Chinese in total shopping volume, having a total share of 9%.

Egyptian visitors showed the highest growth of 2019 with 86%, followed by Iranians with a 57% increase.

Şeyhun said Kuwaiti and Qatari visitors came forth in the spending.

Elaborating on 2020, Şeyhun said a 20% growth in tax-free shopping is expected throughout the year, pointing out that the retail world has major expectations from the Chinese.

"While the Chinese have a share of about 45% of the total in Europe, it is only around 13% in our country," he continued. "This year, both the leading local retailers and some shopping malls offer Chinese special promotional programs and marketing activities. As the digital payment platforms used exclusively for Chinese people develop in our country, their expenditures will increase in return. Chinese people care greatly about promotional activities such as campaigns, discounts and extra gifts in shopping, and such information should also be delivered to them on digital platforms."

Şeyhun said Europeans and Americans are not listed among the top 10 in Turkey's total tax-free shopping data. "Europeans and Americans do not shop even if they visit our country. Only Germany ranked ninth, but the reason is that the Turks living in Germany made purchases during their visit to their homeland," he highlighted.

Stating that 84% of tax-free sales took place in Istanbul, Şeyhun underlined that sales might increase if luxury brands invest in other regions and that the increase in tax-free purchases is directly proportional to the brand mix in that region.