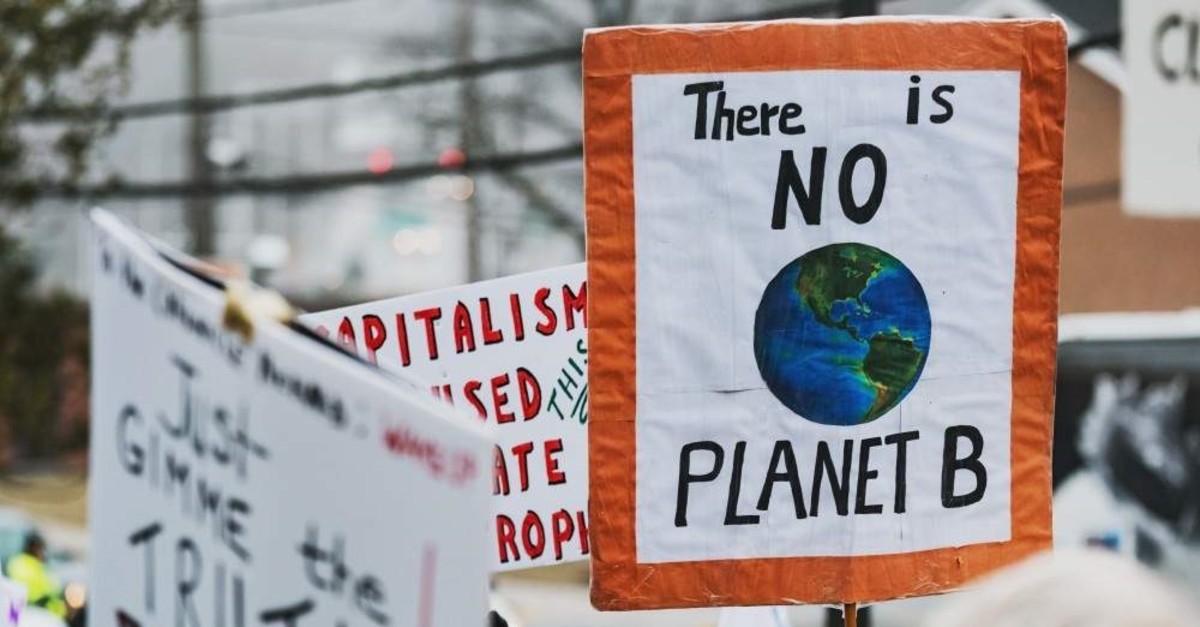 Extremely rapid climate change is among the top five global risks for the next 10 years. (iStock Photo)
by Daily Sabah with AFP Jan 15, 2020 6:53 pm
Business chiefs head into their first global gathering of 2020 with a warning that a litany of environmental disasters risks reshaping the world over the next decade, according to a survey Wednesday.

A week before its annual conclave in Davos, Switzerland, the World Economic Forum (WEF) said the survey was a call to arms as wildfires rage in Australia and governments struggle to articulate collective action on climate change.

"This is the year when world leaders must work with all sectors of society to repair and reinvigorate our systems of cooperation, not just for short-term benefit but for tackling our deep-rooted risks," he added.

In recent years, climate change and its likely consequences have emerged as top concerns shadowing the Davos meeting, along with economic risks.

This time, the organization's "Global Risks Perception Survey" found the top five categories of concern for the next 10 years were all environmental – topped by extreme weather events and failure of governments and businesses to forestall climate change.

According to the 10-year outlook, the top 10 long-term risks that are expected to be globally faced are more likely environmental, namely those of "extreme weather, climate action failure, natural disaster, biodiversity loss and human-made environmental disasters," while there are a few technological, societal, geopolitical and economic causes. Data fraud or theft along with cyberattacks are the top two technological risks that the world would face in the long-term.

Cyberattacks are expected to increase this year, the report said, "all while citizens protest the political and economic conditions in their countries and voice concerns about systems that exacerbate inequality." Collective and an immediate action is needed to prevent this, it said.

The report also warned that "the last five years are on track to be the warmest on record, natural disasters are becoming more intense and more frequent, and last year witnessed unprecedented extreme weather throughout the world."

"Alarmingly, global temperatures are on track to increase by at least 3 degrees Celsius toward the end of the century – twice what climate experts have warned is the limit to avoid the most severe economic, social and environmental consequences," the report said.

For 2020 alone, economic confrontations and domestic political polarization were among the shorter-term drivers of anxiety, following a period in which U.S. President Donald Trump has been ripping up the rulebook for international trade.

Trump will attend next week's Davos meeting, the White House has confirmed, after agreeing to a deal to defuse a trade war he started with China.

The WEF survey of more than 750 business decision-makers and experts who typically attend the high-powered meeting in the Swiss Alps was conducted in September and October.

The 94-page report also examined hot-button issues exercising leaders such as loss of biodiversity, regulation of technology and pressure on health systems.

"Vaccine hesitancy and drug resistance are undermining progress against pandemics, making it increasingly difficult to land the final blow against some of humanity's biggest killers," the report argued.

The survey was issued following confirmation from the World Health Organization (WHO) of the first case in Thailand of a new SARS-like virus that is behind an outbreak of pneumonia in China.

For the corporate titans who attend Davos, the bottom line lies in readying their businesses for climate change even if the latest global summit on the issue ended in Madrid last month with little to show.

John Drzik, chairman of the business consultancy Marsh and McLennan Insights, noted mounting pressure on companies from investors and customers to show their climate readiness.

"Scientific advances mean that climate risks can now be modeled with greater accuracy and incorporated into risk management and business plans," he wrote.

"High-profile events, like recent wildfires in Australia and California, are adding pressure on companies to take action on climate risk at a time when they also face greater geopolitical and cyber-risk challenges," he said.

Last week, investment giant BlackRock announced that it was divesting holdings in companies that generate more than a quarter of their sales from thermal coal production.
RELATED TOPICS