Turkey to build stronger trade diplomacy with Africa in 2020 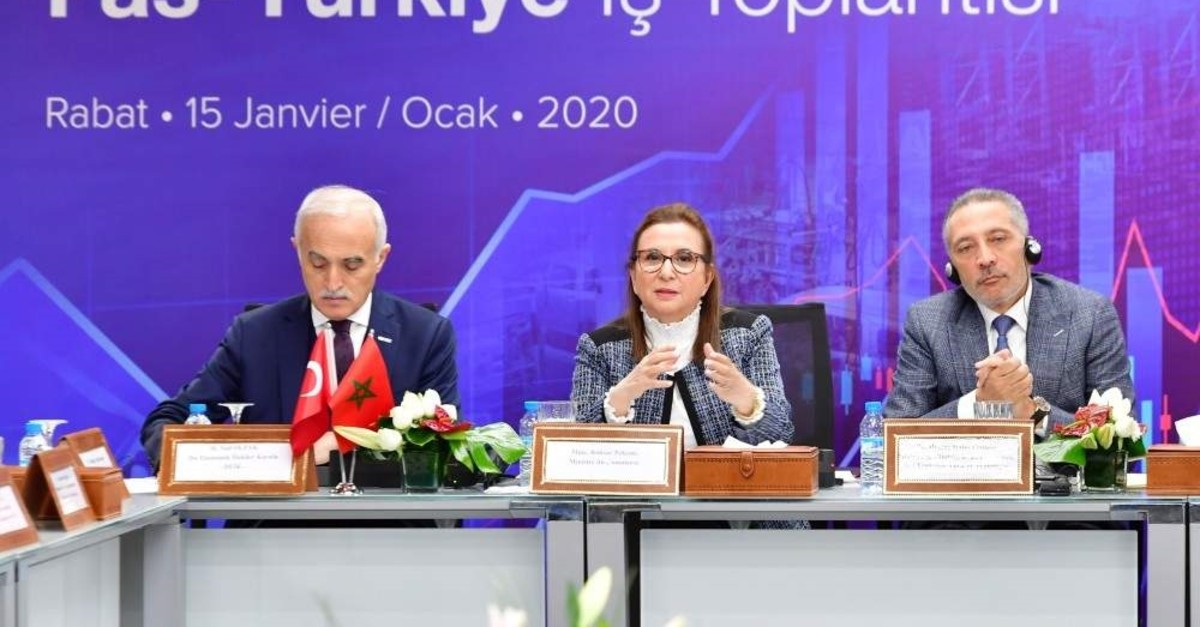 With the trade volume between Turkey and African countries already seeing growth in 2019, the country now lays its eye on more strengthened economic relations

Turkey's trade with Africa has seen a 12% increase in 2019, Trade Minister Ruhsar Pekcan said Thursday while evaluating that the country will further strengthen trade relations with the continent large in part due to its growing trade diplomacy.

In a special interview with Anadolu Agency (AA), Pekcan said that the trade volume between Turkey and Northern Africa had also ensured a 10% increase and Turkey will contribute to this growth with more investments in African countries.

Pekcan visited Nigeria and Morocco where she had bilateral meetings with the vice president of Nigeria, the foreign affairs minister, the industry trade and investment minister along with the lands and urban development minister. During her Nigeria trip, she and her delegation attended more than 500 bilateral meetings including the Turkey-Nigeria Business Forum.

"We have agreed on several issues, including agreements on mutual investment protection and encouragement, avoidance of double taxation and improving collaboration of the customs process."

Nigeria is the sixth-largest trade partner of Turkey in Africa and the second in sub-Saharan Africa. The two countries' trade volume was $2.3 billion in 2019. Meanwhile, Turkish contractors assumed 48 projects worth $1.8 billion in the country so far.

She noted that they have also discussed the authorization process for the Turkish Standards Institution (TSE) to give certificates before product delivery is due considering the collaboration with Halal Accreditation.

Ankara is also eager to make agreements with the Economic Community of West African States (ECOWAS) on economic and trade collaboration, Pekcan noted.

Meanwhile, during her visit to Morocco, which came after Nigeria, Pekcan attended the Turkey-Morocco Free Trade Agreement's joint committee meeting along with an investment forum that were organized in the Moroccan capital Rabat.

"Morocco is a country that will pave the way for further trade relations with the rest of the African continent in the eyes of Turkish businesspeople," Pekcan said, adding, "Our firms from many sectors – ranking between aviation to automotive, heavy vehicles, defense, (crop) fertilizer, textiles, apparel, shoes, to packaging and logistics – took part in our meetings."

"Morocco was one of the 17 countries highlighted in Turkey's Export Master Plan, released last September, for raising exports in five main sectors – machinery, automotive, electric and electronics, chemicals and food," she continued.

Overall, trade with Africa, which as Pekcan put it bears significant potential, is expected to see more growth in the future, starting with the year 2020 amid growing market search in an international environment of protectionist policies and trade wars.

A Turkey-Africa summit is also set to be held in April this year, with the participation of both countries' leaders, besides the Turkey-Africa Economy and Business Forum organized under the cooperation of the Foreign Economic Relations Board of Turkey and the Trade Ministry. This year's summit will be held in October.