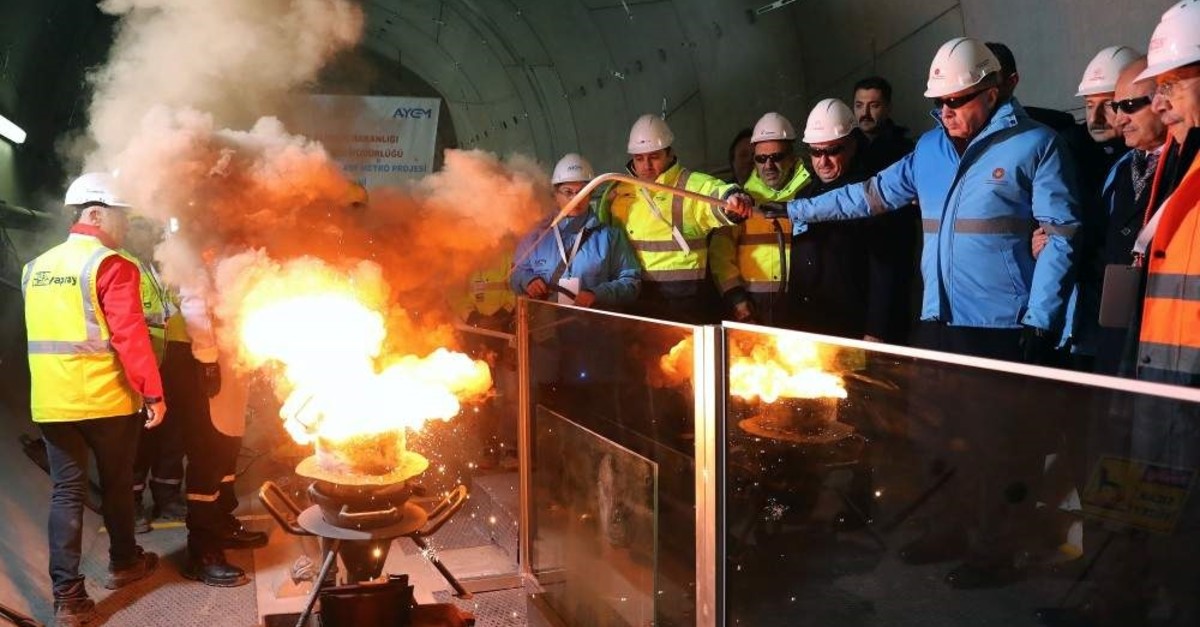 Construction began Saturday on a new high-speed metro line connecting the heart of Istanbul to the new mega-Istanbul Airport.

The new line, set to be finished in August 2021, will whisk passengers from Gayrettepe, in Şişli, on the Turkish metropolis' European side, to the new airport in just 35 minutes.

At the ceremonial rail-welding ceremony, President Recep Tayyip Erdoğan said: "We didn't neglect the transportation issue when we built the new Istanbul Airport. Besides bus transportation from the city, we have started construction of a metro line which is linked to all public transportation."

The line will stretch 37.5 kilometers and will include nine stations.

Erdoğan added that the transportation between the airport and Gayrettepe will be the country's fastest metro line, operating at 120 kilometers per hour.

The president later over his social media account said the aim was to make Istanbul the most widespread transportation network in the world with its 190 kilometers of tunnels and 1,100 kilometers of metro lines.

Also speaking at the ceremony, Transport and Infrastructure Minister Cahit Turhan pointed to the fact that maximum speed at all metros was 80 kilometers per hour, while the new metro system has been projected to be able to reach 120 kilometers per hour.

"It will be Turkey's first fast metro system," Turhan added.

Rising from the outskirts of Turkey's most populous city, perched on the shores of the Black Sea, Istanbul Airport was officially opened on Oct. 29, 2018, coinciding with the 95th anniversary of the founding of the Turkish Republic.

However, its first phase became fully operational on April 7, as it took over the air traffic from the now-closed Atatürk Airport.

The new airport can handle 90 million passengers per year in its current phase of development, which, while a high figure, is nothing compared to its planned capacity to serve up to 200 million passengers after the completion of all four phases and the construction of six runways, scheduled to be completed by 2028. It will be home to more than 100 airlines flying to over 300 destinations around the world.