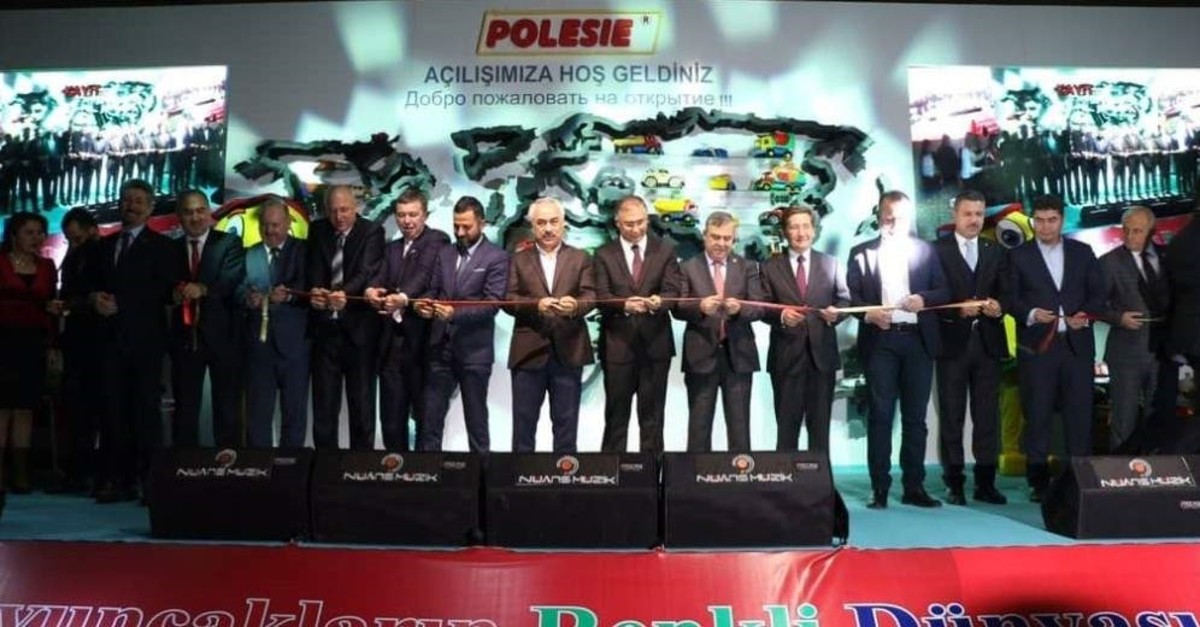 A $5.5 million joint Turkish-Belarusian factory investment by leading toymaker Polesie was inaugurated Sunday in the northern Turkish province of Sinop.

The 100,000 square meter facility located in the city's organized industrial area currently employs 120 people with a prospect to provide up to 1,200 jobs.

The Belarusian company targets the Turkish market with the recent investment, as well as exports to many other countries.

Speaking at the inauguration ceremony, Deputy Interior Minister Mehmet Ersoy said it is pleasing that Polesie has chosen Turkey, one of the safest countries in the world, for its investment while noting that Sinop is often ranked as the country's happiest and safest city.

"Through your intermediation, we will send toys to children who have suffered from bombings in Idlib, where some still portray them as terrorists. We will continue to send love and toys to all children deprived of their land, from Syria to Afghanistan, then on to Tunisia," Ersoy said. 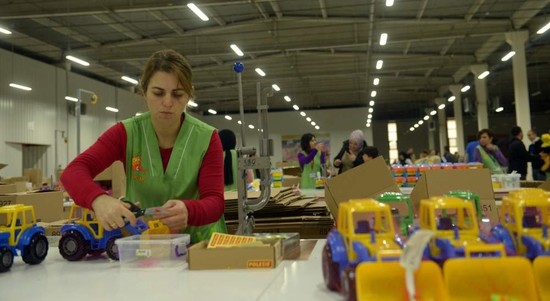 The company also pledged to donate toys to Turkey's Disaster and Emergency Management Authority (AFAD), one of the country's leading institutions in efforts for refugees and toward irregular migration, as part of the first of a series of "benevolence draws."

Established in 1998, Polesie, based in the southwestern Belarusian city of Kobrin, is among the largest toymakers in the world with 2,800 employees and shipments to more than 70 countries worldwide.