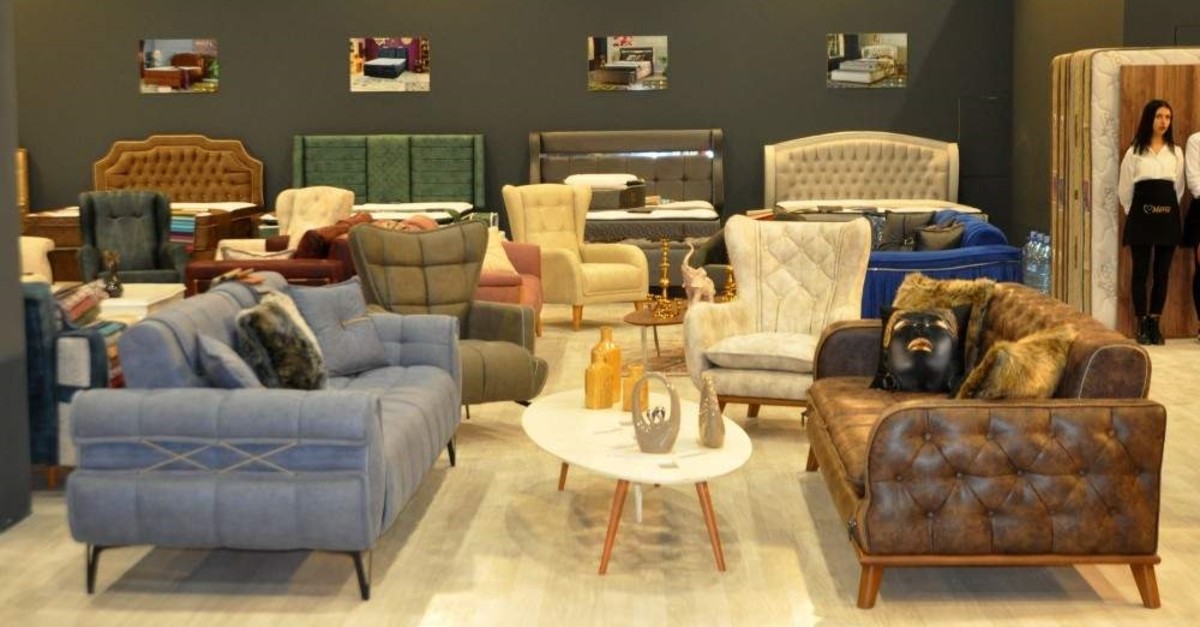 | IHA Photo
by Daily Sabah with AA Jan 21, 2020 4:47 pm
One of the biggest furniture exhibitions in the world, CNR İMOB International Istanbul Furniture Fair, kicked off Tuesday for the 16th time. It is estimated to generate around $2 billion in trade volume.

İsmail Gülle, the head of the Turkish Exporters' Assembly (TİM), said in his address at the opening ceremony that the furniture sector's exports amounted to $3.5 billion in 2019, a year-on-year increase of 10.2%.

"The furniture sector's target is $10 billion for 2023; we are working toward this target," he noted. The sector enjoys a competitive structure and a high capacity in the global market, he added.

To support the domestic furniture industry, the Turkish government announced tax cuts on furniture earlier this month. Value-added tax (VAT) on furniture has been reduced to 8%, down from 18%.

Gülle underlined that the Turkish government always supports exporters and provides for their needs.

Deputy Treasury and Finance Minister Nurettin Nebati said the furniture sector was one of the few net exporter sectors of the country.

"We have the potential. Our aim is to become one of the world's five largest furniture exporters. We believe we will achieve this very soon," he added. Güleç emphasized that the use of local materials in furniture production exceeds 90%, adding that the industry posted a $3 billion trade surplus in 2019, thanks to furniture exports to 180 countries.