High hopes: US, EU and UK all aim for trade deals this year 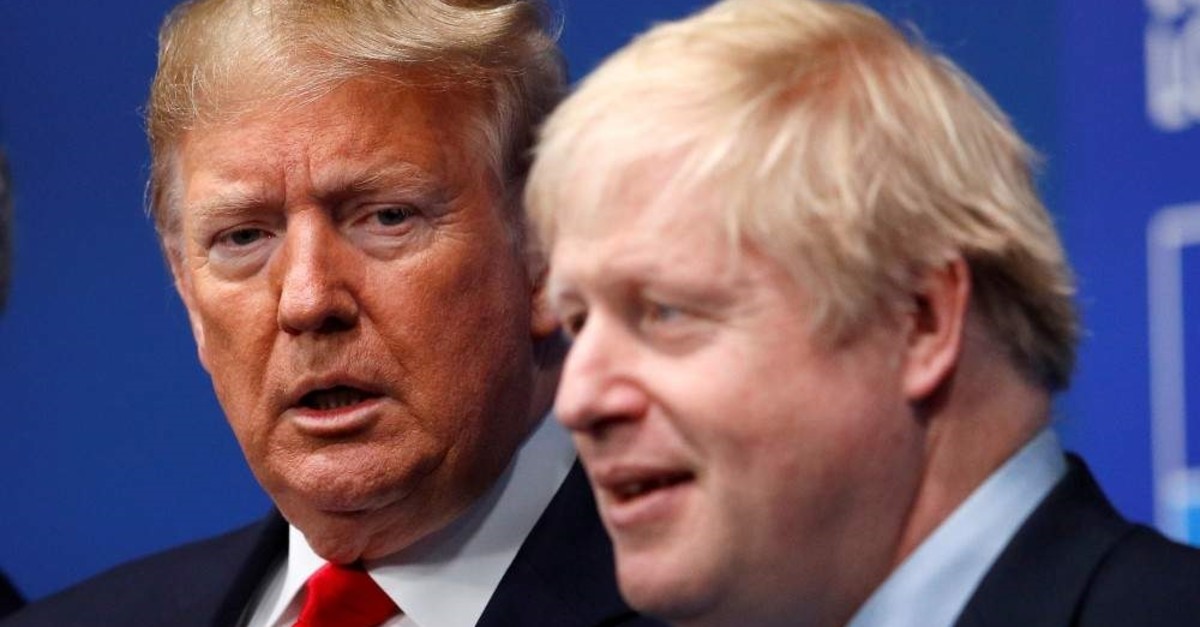 Britain is expected to be a focal point as it soon leaves the EU and will then open parallel trade discussions with both the U.S. and the bloc, while the U.S. and the EU have just started their own talks

The United States, the European Union and what will soon be post-Brexit Britain have all raised the prospect of concluding trade deals between themselves by the end of this year, setting up an intense few months of negotiations.

High-level representatives said Thursday at the World Economic Forum (WEF) in the Swiss resort of Davos that it's possible that those discussions, operating in parallel, could be wrapped up by the end of the year.

That would be some achievement given that most trade deals take years as they get bogged down in minutiae of rules and regulations.

"Never rule out a miracle, of course, but let's just see how these good intentions roll down the snowy hills of Davos as reality sinks in next week," analysts at Rabobank International said in a note to investors.

Britain could be a focal point. It leaves the EU on Jan. 31 and will then open parallel trade discussions with both the U.S. and the EU. And the U.S. and the EU have just started their own discussions as U.S. President Donald Trump turns his focus away from China following the conclusion of a first round of trade talks with Beijing.

Members of Trump's Cabinet talked up the prospects of a swift trade deal with Britain and argued that it should be relatively straightforward given how similar the two economies are.

At a press briefing, U.S. Treasury Secretary Steven Mnuchin said he's heading to London this weekend to meet with his counterpart, Sajid Javid, particularly about trade.

"It's an absolute priority of President Trump and we expect to complete that within this year," Mnuchin said.

Though Javid has said that negotiating a trade deal with the EU will be his "top priority," discussions with the U.S. will take place at the same time.

Mnuchin said that was "obviously an aggressive timeline."

U.S. Commerce Secretary Wilbur Ross said a trade deal between the U.S. and Britain shouldn't be too difficult as the two economies have more in common than they do with the EU.

"Both are very heavily services-oriented and within services, such as financial services there's already a pretty high degree of integration and coordination, so it should be much easier mechanically," he said.

"What we think is that drugs should have similar prices wherever they are but I don't believe we are in any position to tell the U.K. what they should pay for drugs," he said.

Though the U.S. is hugely important, Britain conducts far more business with the other 27 countries of the EU — that's why so many businesses want economic relations to be as close as possible.

"Eleven months for a free trade agreement is really very short if we look at other free trade agreements, but the EU is ready to do all in our power to have the best possible relation with the U.K.," he said. "It's not easy in 11 months but I think it is still possible."

How quickly a deal can be reached will depend on what Britain is looking for. Javid has insisted Britain will not stick to EU rules and regulations, which could make a deal harder.

"As we leave there's bound to be change but we have also been clear that there's no point in leaving the EU but sticking with all its rules and regulations forever," he said.

Given that stance, expectations are slim for anything more than a bare-bones trade agreement.

"Hopefully we can minimize the disruption as much as possible," said Roberto Gualtieri, Italy's new finance minister.

The final piece of the trade jigsaw relates to the U.S. and the EU, and discussions have begun as Trump turns his gaze to what he considers to be the unfair treatment of American businesses by Brussels.

Ursula von der Leyen, the European Commission's new president, said a deal could be secured "within weeks," an aspiration that took many close observers by surprise and wasn't wholly shared by U.S. officials.

She didn't lay out the scope of any such agreement but she appeared intent on avoiding any tariffs on European carmakers, which Trump has threatened repeatedly in recent days.

Mnuchin said the purpose of tariffs, and the threat of tariffs, "is to get free, fair and reciprocal trade."

On Wednesday, France agreed to delay its tax on big tech firms like Google and Facebook in exchange for a U.S. promise to hold off its retaliatory tariffs on French cheese and wine. Discussions on an international approach to digital taxes will now take place under the auspices of the Paris-based Organization or Economic Co-operation and Development.

"If France would not have been the first European country to introduce a national digital taxation, there would not be any discussion at the OECD level anymore," he said Thursday. "It would have been buried, to be very clear. So we can be tough. We can be offensive."

The approach seems to be setting the tone for what are likely to be complicated discussions between the EU and the U.S.