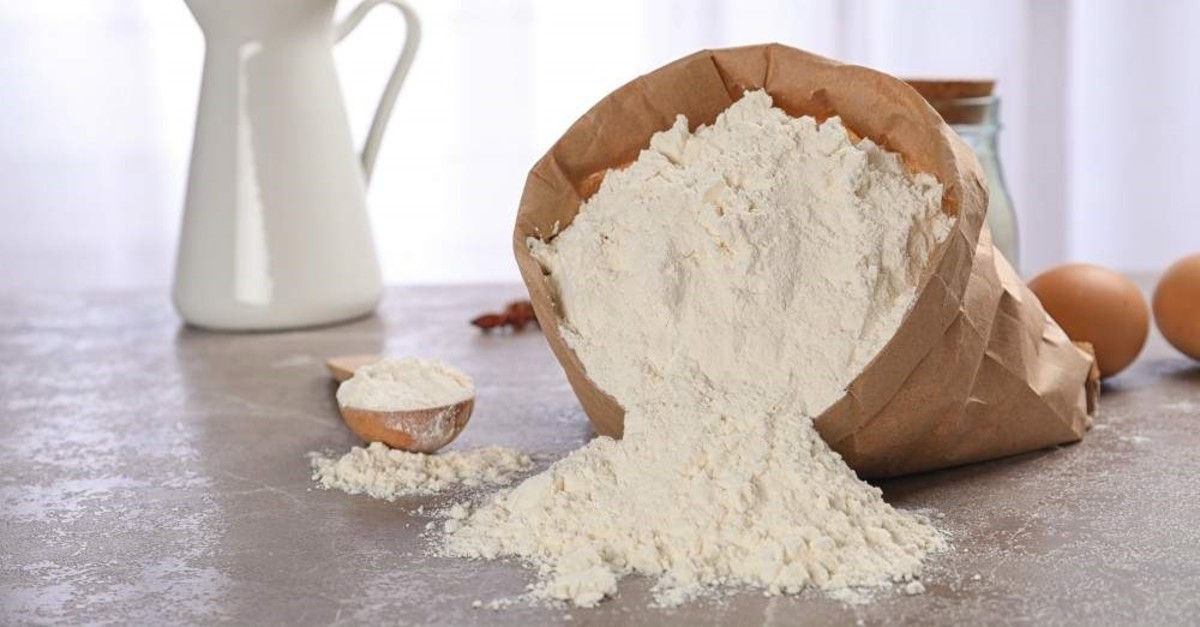 Turkish flour exports rose to $1.05 billion in 2019 from $1 billion in the previous year. (iStock Photo)
by Anadolu Agency Jan 26, 2020 6:24 pm
Turkey's main flour exports reached their limits in 2019, with the potential for income from exports in the sector to be doubled through the selling of industrial flour products, such as biscuits and frozen dough, according to the director of the International Association of Operative Millers (IAOM) Eurasia,

Last year, the country's flour exports rose to $1.05 billion from $1 billion in the previous year in terms of value, while exports dropped by around 50,000 tons to 3.3 million tons on a quantity-basis, Eren Günhan Ulusoy told Anadolu Agency (AA) Sunday.

The country is the largest flour exporter and the second-largest pasta exporter in the world, said Ulusoy, who is also the head of the Turkish Flour Industrialists' Federation (TFIF).

While there was a decrease in flour exports to Iraq – from 1.62 million tons to 1.36 million tons year-on-year in 2019 – Yemen and Venezuela closed the deficit largely, he said.

In the last year, flour exports to Syria and Angola also dropped slightly, he noted. "If there were no losses in exports to Iraq, we would close the 4 million tons level," he said.

Bread's share in the consumption of flour products in European countries was 55% on average, while the ratio rose to 85% in Turkey, he said.

Ulusoy added: "Bread's share will decrease day by day and other flour product consumption will increase, thus flour producers will have to provide different products for the industry."

He also stressed that industrial production would also contribute to side industries such as packaging and logistics.

Turkey's flour and pasta exports will continue invariably, and industrial flour products exports can generate an additional income of $1 billion to the country, he underlined.

Touching on the country's wheat production, he said the production stood at 19 million tons last year due to climate conditions, and Turkey imported 8.8 million tons of wheat, of which 80-85% were used for exports.

His 50-year-old flour firm, Ulusoy Un, produces wheat flour at a daily capacity of 1,500 tons – a rate which is set to increase in the coming period.

About 75% of Ulusoy Un's income comes from exports to over 80 countries such as Africa and far Asia.
RELATED TOPICS