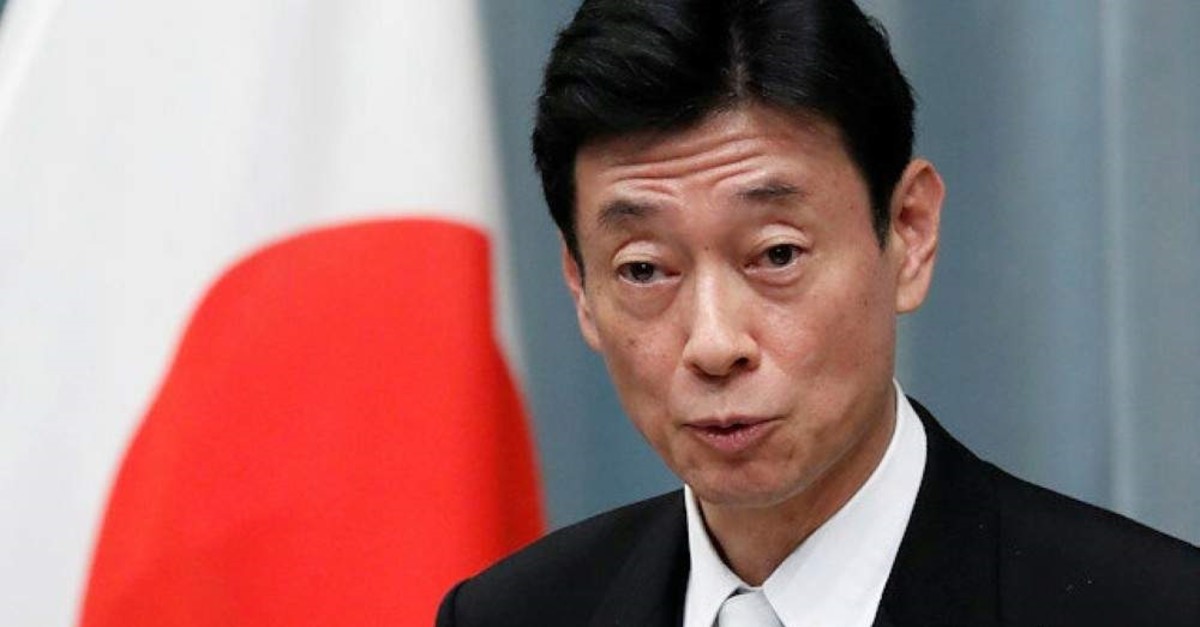 Japanese Economy Minister Yasutoshi Nishimura warned Tuesday that corporate profits and factory production could potentially take a hit from the coronavirus outbreak in China that has already rattled global markets and chilled confidence.

Asian stocks extended a global selloff as the outbreak in China, which has so far killed 106 people and spread to several countries, fueled concern over the damage to the world's second-largest economy – an engine of global growth.

"There are concerns over the impact to the global economy from the spread of infection in China, transportation disruptions, cancellation of group tours from China and an extension in the Lunar Holiday," Nishimura told a news conference after a regular cabinet meeting.

"If the situation takes longer to subside, we're concerned it could hurt Japanese exports, output and corporate profits via the impact on Chinese consumption and production," he said.

Automaker Honda Motor, which has three plants in Wuhan, the capital of Hubei province and the epicenter of the outbreak, plans to evacuate some staff.

Fast Retailing, which operates the popular casual clothing chain Uniqlo, said it had temporarily closed about 100 stores in and around Hubei.

Retail giant Aeon said it was keeping its five supermarkets in Wuhan open after local authorities requested they continue their operation, although some of its mall shops were shut.

The outbreak could hit Japanese department stores, retailers and hotels, which count on a boost to sales from an inflow of Chinese tourists visiting during the Lunar Holiday.

The Chinese make up 30% of all tourists visiting Japan and nearly 40% of the total sum foreign tourists spent last year, an industry survey showed.

"We're worried that sales and the number of shoppers could fall if the outbreak persists," said a public relations official at Isetan Mitsukoshi Holdings, a major Japanese department store operator.

"It's not just about Chinese tourists. We're also worried that concern over the outbreak may keep Japanese shoppers home," he said.

Economists at SMBC Nikko Securities estimate that if a ban China has imposed on overseas group tours lasts another six months, it could hurt Japan's economic growth by 0.05%.

Some expect the potential damage could be much worse.

Hideo Kumano, the chief economist at Dai-ichi Life Research Institute, said the decline in tourists from China could hurt Japan's GDP growth by up to 0.2%.

"The biggest worry is the risk the negative impact from the outbreak persists and hits (the economy) during the Tokyo Olympic Games," when a huge number of Chinese tourists are expected to visit Japan, he said.

"If the number of visitors decreases rather than increases, the hit to Japan's consumer industry will be quite large," he said.

Japan will host the 2020 Olympics in July and August.