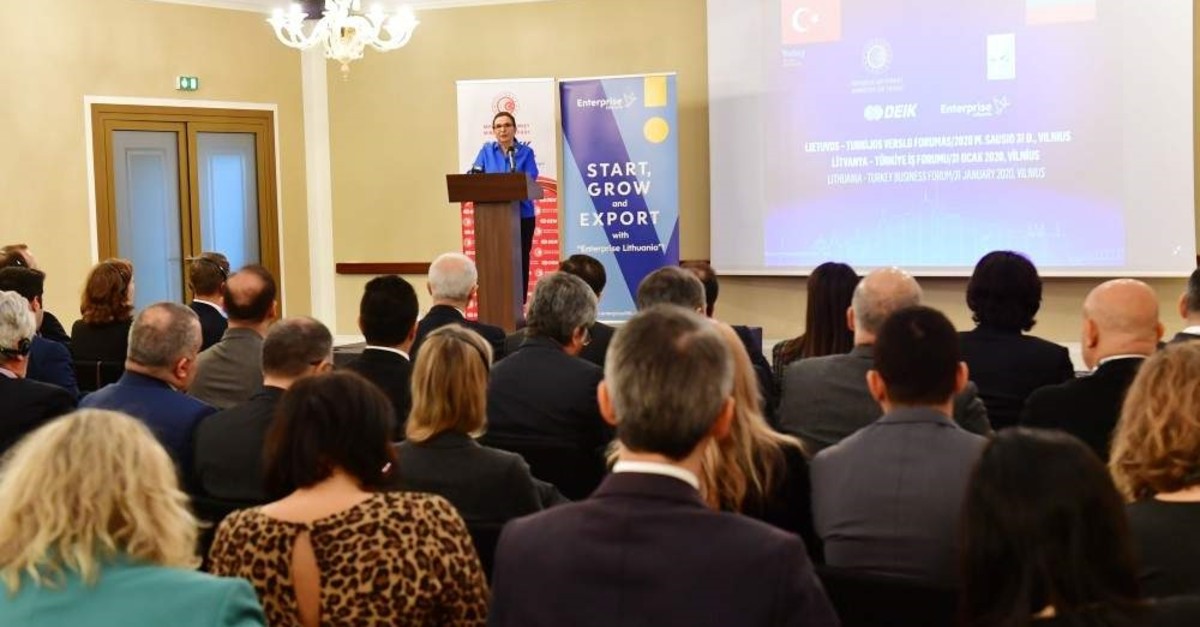 Turkey and Lithuania on Friday signed a protocol for the Economic and Trade Committee (JETCO) that will pave the way for further expansion of bilateral ties.

The protocol was signed by Trade Minister Ruhsar Pekcan and Lithuanian Energy Minister and JETCO Co-Chairman Zygimantas Vaiciunas in the Lithuanian capital Vilnius. The mechanism for the committee was established in 2014.

In her remarks after the first Turkey-Lithuania JETCO meeting, Pekcan said sectors in which the two countries could cooperate were determined and that these would be conveyed to businessmen of the two countries.

"Among the sectors that come to the fore are energy, transportation, tourism and infrastructure investments," said the minister.

Pekcan also underlined the high cooperation potential in technology innovation, communication and IT. "We will call on our companies to jointly invest in financial and high technology fields," she said.

Turkey has also asked for Lithuania's support for the update of the Customs Union agreement between Turkey and the EU, Pekcan added. "The dear (Lithuanian) minister underlined that their support is with Turkey. We hope hereupon our collaboration will strengthen further," Pekcan added.

Vaiciunas said cooperation with Turkey in the agriculture and trade industries would be particularly beneficial in terms of economic ties, also pointing to the potential of cooperation in the technology sector.

The trade volume between Lithuania and Turkey totaled around $562.2 million last year.

Accompanied by a group of businesspeople, Pekcan also attended the Turkey-Lithuania Business Forum. There, she emphasized that the two countries aim to bring the bilateral trade volume up to $1 billion in the first stage.

Some 19 Turkish companies have applied for startup programs in Lithuania, of which 10 have so far been approved, the minister noted. She added that they attach great importance to cooperation in innovation, technology, FinTech, communication and information technologies, in which she said Lithuania has strong abilities.

On the other hand, Turkish contractors currently have seven contracting projects worth $222.7 million in the country.

Pekcan recalled that Turkey's construction sector ranks second in the world and has so far undertaken over 10,000 projects worth some $400 billion around the world. She pointed to several infrastructure and port projects in Lithuania, including the Viking Train, Rail Baltica Project and Vilnius Airport renewal project.

"Here as well, we foresee that Turkish construction companies can carry out successful business in cooperation with Lithuanian firms," Pekcan added.

A memorandum of understanding (MoU) between Turkey's Foreign Economic Relations Board (DEİK) and its Lithuanian equivalent institution, Enterprise Lithuania, was also be signed within the scope of the forum.