Annual inflation rises to 12.15% in January 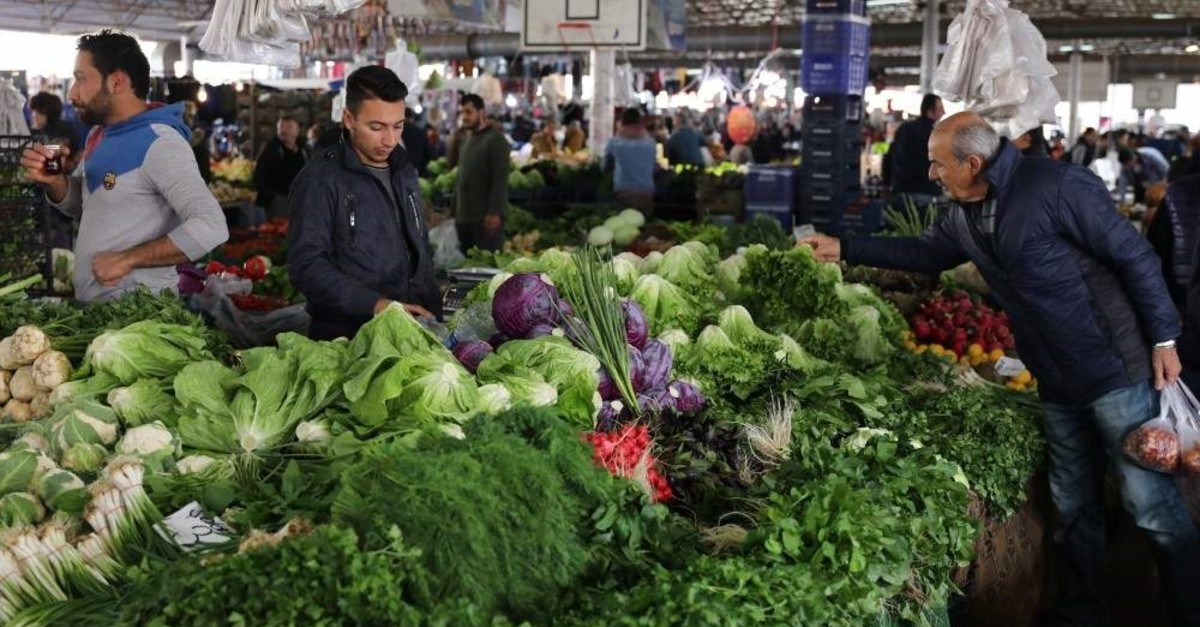 The annual inflation rose 0.31 of a percentage point month-on-month in January, according to the Turkish Statistical Institute (TurkStat).

The institute recalled that the annual inflation was 20.35% in January 2019.

The rise in January inflation was driven by alcohol and tobacco prices which surged 42.2% year-on-year, while heavily-weighted food and non-alcoholic drinks prices were up 9.04%, the TurkStat data showed. The lowest annual increase was 2.14% in communication.

A group of 11 economists surveyed by Anadolu Agency (AA) forecasted Friday that the annual inflation would hit 11.92% and monthly inflation would reach 1.14% in January.

On a monthly basis, the consumer price index saw an increase of 1.35% last month.

"The highest monthly decrease was 6.65% in clothing and footwear," TurkStat said.

Official figures revealed that the 12-month average increase in consumer prices was 14.52% as of January.

Turkey's inflation rate is expected to hit 8.5% this year, as laid out in the new economic program for 2020-2022 announced by the government last September.

The Central Bank of the Republic of Turkey (CBRT) last week reaffirmed its view that inflation will converge gradually this year as it made no changes in its midpoint inflation forecast for the end of this year and next. Policymakers at the bank projected inflation at 8.2% in 2020.