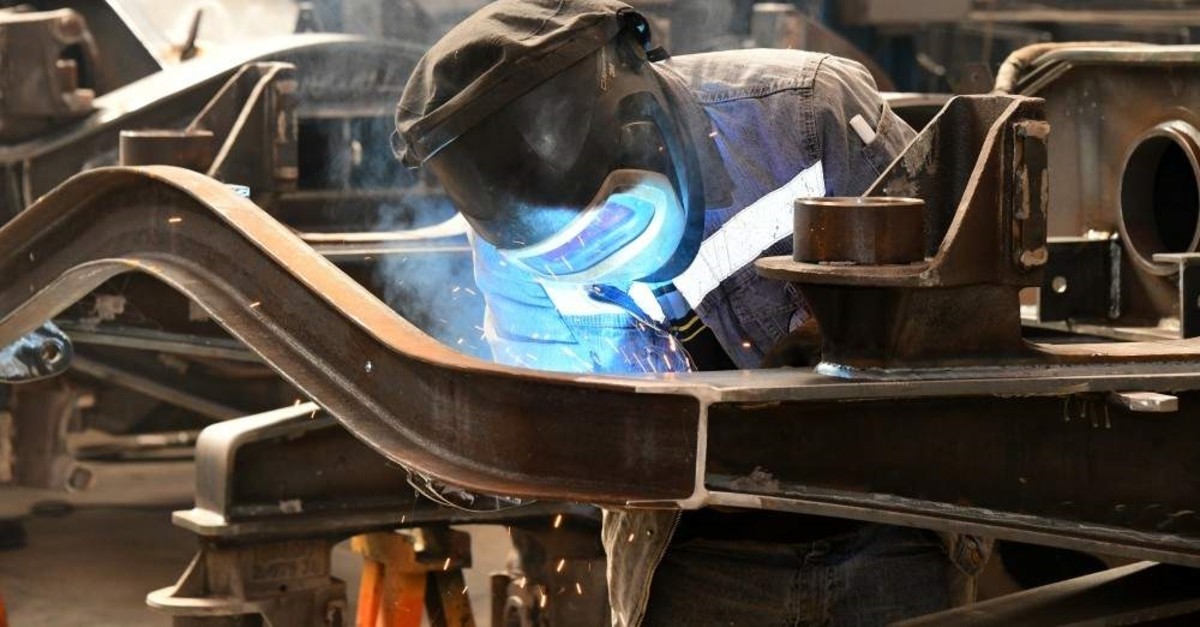 Turkey has made a strong start to 2020 within the scope of its production-based growth target, Treasury and Finance Minister Berat Albayrak said Monday.

Albayrak's remarks came after Turkey's manufacturing activity hit its 22-month high in January, with new orders returning to growth and the rate of output expansion quickening.

The Purchasing Managers' Index (PMI) for manufacturers rose to 51.3 in January, exceeding the 50-point line that separates expansion from contraction for the first time since March 2018, according to a report Sunday prepared by Istanbul Chamber of Industry and London-based global data firm IHS Markit. It was up from 49.5 in December.

Manufacturers expanded production for the third consecutive month, as a result of the rise in new orders, it said, adding that some firms using inventories to meet new business led to the sharpest decrease in stocks since July.

Industry and Technology Minister Mustafa Varank also elaborated on one of the leading growth indicators. "2020 will be a year in which we will achieve strong growth with policies that will increase production and employment," Varank said in a written statement Monday.

The minister said the increase in new orders shows that improvement in demand continues.

"PMI data for January signaled that the Turkish manufacturing sector made a positive start to 2020. Renewed growth of new orders encouraged firms to accelerate the pace of output expansion, resulting in the need for additional staff," said IHS Markit Associate Director Andrew Harker.

"The relationship between the PMI data and official figures suggests that industrial production growth is running at above 5% year-on-year at the start of the year," Harker added.