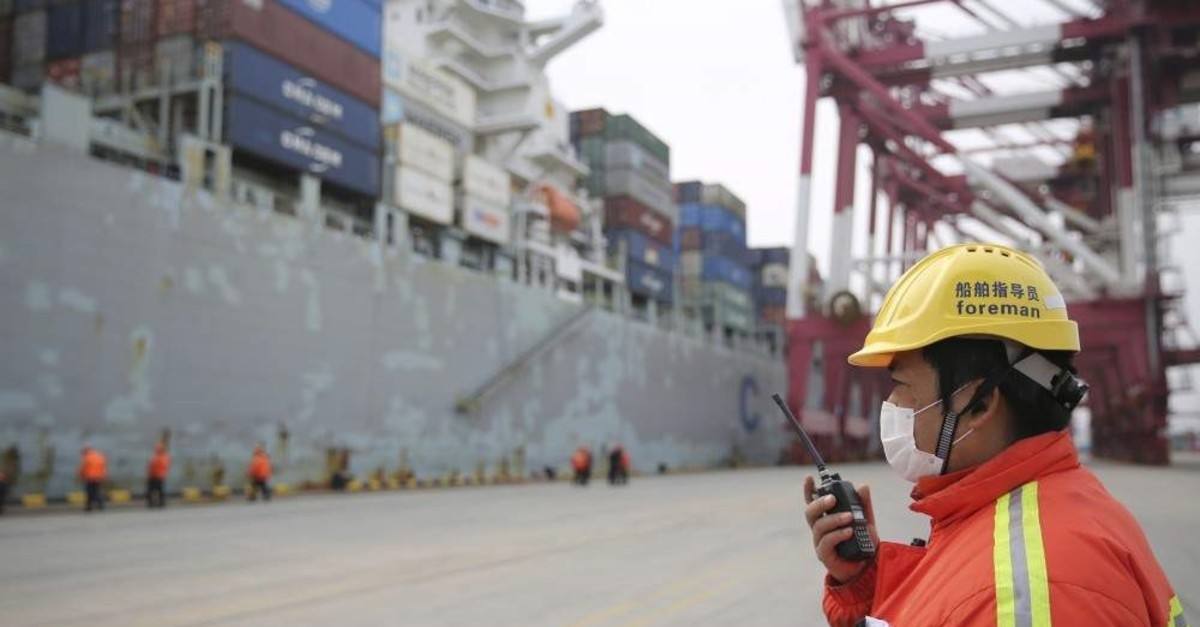 China on Thursday said it would halve additional tariffs levied against 1,717 U.S. goods last year, following the signing of a Phase 1 deal that brought a truce to a bruising trade war between the world's two largest economies.

While the announcement reciprocates the U.S. commitment under the deal, it is also seen by analysts as a move by Beijing to boost confidence amid a virus outbreak that has disrupted businesses and hit investor sentiment.

Casting doubts over the immediate outlook, however, was the prospect raised in a local media report that Beijing could invoke a disaster-related clause in the trade agreement, which might allow it to avoid repercussions even if it cannot fully meet the targeted purchases of U.S. goods and services for 2020.

The ministry did not state the value of the goods affected by the decision, but the products benefiting from the new rule are part of the $75 billion of goods that China announced last year that it would impose 5% to 10% tariffs on, which came into effect Sept. 1.

In a separate statement, the finance ministry said the reduction of the tariff corresponds with the those announced by the United States on Chinese goods, which were also scheduled for Feb. 14.

Further adjustments would depend on the development of the bilateral economic and trade situation, the ministry said.

The reductions will cut tariffs on soybeans from 30% to 27.5%, although some traders say the impact could be limited as the 25% tariffs remain in place. Duties on crude oil will fall to 2.5% from 5% that was imposed in September.

The remaining tariffs were scheduled to kick in Dec. 15 but were suspended due to the interim trade deal.

"Any move to de-escalate is always good. Especially, when the market is overwhelmed by the news about the virus, the good news about the tariff is refreshing," said Tommy Xie, head of Greater China research at OCBC Bank in Singapore.

"The announcement shows China's commitment to implement the phase one trade deal despite the disruptions from the recent virus outbreak," said Xie.

The news was positive for financial markets and comes as Beijing seeks to shore up investor and business confidence in China as a virus outbreak casts deep uncertainty over the economic outlook.

The yuan hit its highest in two weeks, while Asian stocks and Wall Street futures also rallied after the announcement.

China's finance ministry said it hopes both sides can abide by the trade deal and implement it to boost market confidence, push bilateral trade development and aid global economic growth.

While the proposed tariff cuts point to clear progress in Sino-U.S. trade ties, the virus outbreak has cast doubt over just how soon the Phase 1 deal could help China's slowing economy.

China's Global Times Thursday reported that Beijing is considering using a disaster-related clause in the Phase 1 deal due to the coronavirus outbreak, citing an unnamed Chinese trade expert close to the government.

The Phase 1 deal text contains a disaster clause that allows for implementation delays in the event of "natural disaster or other unforeseeable events."

U.S. Agriculture Secretary Sonny Perdue Wednesday warned that the U.S. would have to be tolerant if the fast-spreading coronavirus impaired China's ability to increase purchases of U.S. farm products under the signed trade deal.

Chinese foreign ministry spokeswoman Hua Chunying, when asked about the Global Times report at a daily briefing on Thursday, referred the matter to the relevant departments.

Some analysts had said following the trade deal that China may need to roll back some of the tariffs on U.S. goods such as soybeans and crude oil in order to meet its purchasing commitments. Other analysts also noted such moves are expected to cushion faltering growth at home.

"Under the Phase 1 deal, China has to meet a tough target to increase U.S. import by $100 billion this year, so a measure like this was necessary and expected," said Tomo-o Kinoshita, global market strategist at Invesco Asset Management.

"But at the same time, that they did this now points to their desire to support Chinese companies as the coronavirus epidemic will obviously deal a huge blow to China's growth," he added.