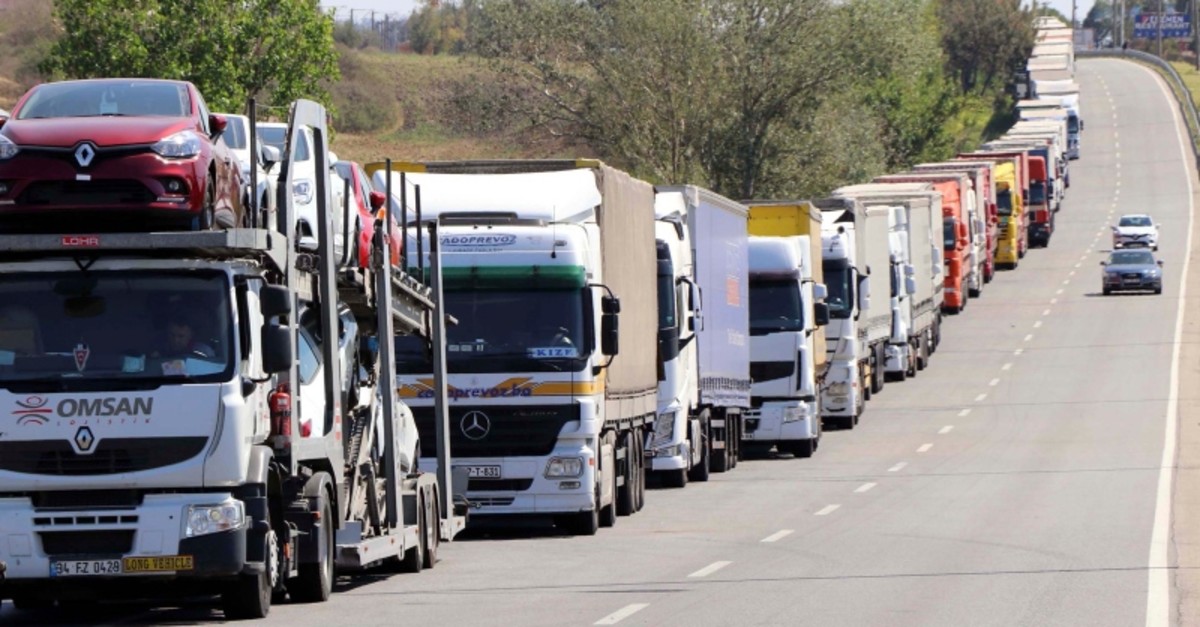 Turkey's trade minister is set to arrive in Croatia Monday to discuss boosting bilateral trade and updating the terms of the customs union agreement signed between the country and the EU as Zagreb assumes its six-month presidency of the bloc.

According to a statement from the ministry, Minister Ruhsar Pekcan will hold meetings with Croatian Economy Minister Darko Horvat and Gordan Grlic-Radman, Croatia's minister of foreign and European affairs.

Top of the agenda for ministers includes the boosting of trade and investment ties between the two countries and an update of the customs union agreement. Pekcan is also expected to discuss the EU's trade measures on Turkey's steel and iron exports with Croatia, which holds the presidency of the EU Council until July 2020.

Turkish and European officials have over the last couple of years been carrying out talks focused on revising the almost 25-year-old customs union agreed upon between both parties. Although talks have been stalled as a result of political tensions over the last three years, business circles and officials from both sides have endeavored to maintain dialogue.

During her visit, the minister is also scheduled to attend a round table meeting organized by Turkey's Foreign Economic Relations Board (DEİK) and the Croatian Business Council.

Turkey's exports to Croatia totaled $440.5 million in 2019, up 6.3% from the previous year, while its imports from Croatia grew by 5.3%, reaching $224 million, according to official data. The trade volume between the two countries thus reached $664 million.

Meanwhile, Turkish contracting companies have undertaken seven major projects in Croatia worth a sum of $668 million in business volume.

Croatia to propose shifting Turkish transit from land to sea

Elaborating on the visit, Croatian Ambassador to Turkey Hrvoje Cvitanovic said that the Balkan country would propose further cooperation with Ankara as part of a new project aimed at shifting freight transport within Europe from land to sea routes.

"Trucks leaving Turkey bound for western Germany are forced to go through various land borders, which causes long delays as they have to wait for a long time at each," Cvitanovic told Anadolu Agency (AA) Monday.

The Croatian envoy said his country would propose accepting larger quantities of Turkish trucks shipped via roll-on/roll-off ships in Croatian ports rather than relying on land routes.

Stressing that any agreement between Ankara and Zagreb should be based on a "win-win" approach, Cvitanovic said the project would allow mutual benefits, meaning faster transit for Turkey and financial benefits for Croatia, whose would see increased arrivals and storage use.

Turkey conducts nearly half of its total foreign trade with the EU, with the union's roads providing 75% of the means of goods transit. This represents a major administrative and logistical hurdle for those looking to transit goods to Western European markets, as Turkish-registered goods vehicles must go through Bulgarian, Serbian, Romanian, Hungarian and Austrian borders checks along the route.

Cargo companies are forced to submit a range of documents to the relevant authorities, from product invoices and export declarations to insurance certificates and transport permits for each member state through which they transit. The border between Turkey and Bulgaria alone often sees truck queues stretching back up to 17 kilometers, with crossings sometimes taking up to 40 hours.