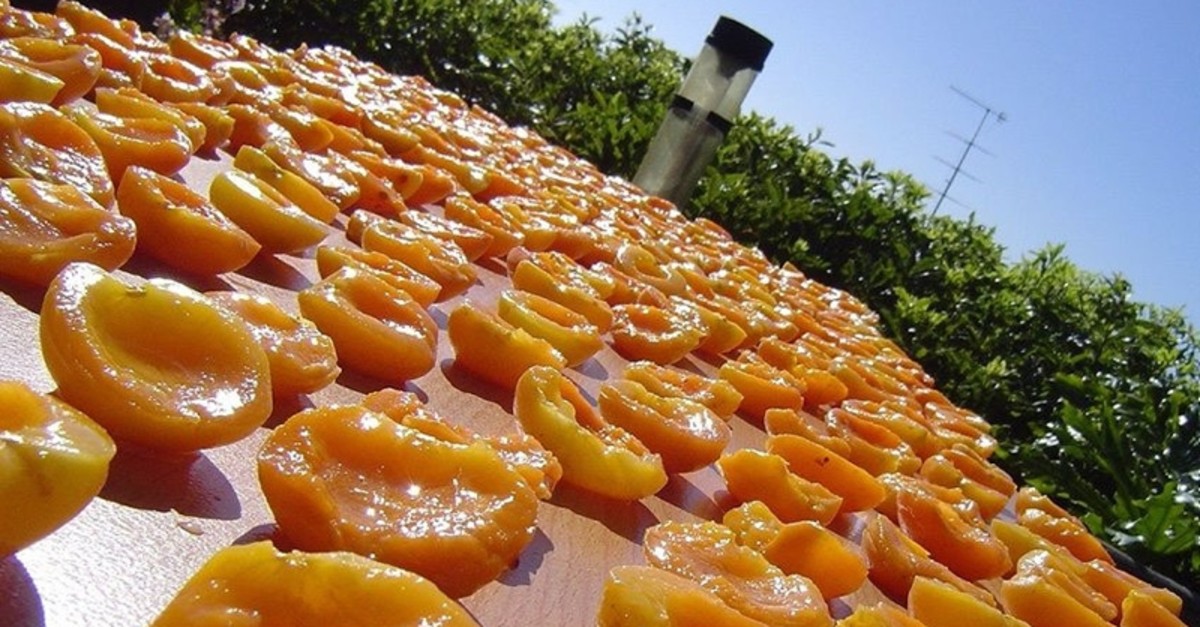 The eastern Anatolian province of Malatya significantly boosted the volume and value of its dried apricot exports in January.

Dubbed Turkey's apricot capital, the city exported nearly 9,000 tons of dried apricots in January, generating some $25.5 million in revenue – $5.5 million more compared to the same month of last year when total export was at 7,000 tons.

Turkey is known as a top producer and exporter of fresh and dried apricots. Malatya accounts for 90% of the country's apricot exports.

Apricots are collected from Malatya's more than 8 million trees, out of a total of 11 million in Turkey. Some 50,000 families are said to earn a livelihood from the product in the city.

Turkish apricots earned a coveted European Union geographical indication in July 2017, a registration that helps unique products to be protected, marketed and advertised. It was the third Turkish product to get this EU designation after Gaziantep baklava, a rich, sweet pastry featured in many cuisines of the former Ottoman countries, along with the Aegean fig.

President of Malatya Commodity Exchange Ramazan Özcan said Sunday exports in January are satisfactory in terms of both amount and revenue.

He pointed out that the deadly earthquake on Jan. 24 that struck the eastern cities of Elazığ and Malatya, negatively affected the export of dried apricots. "The earthquake seriously affected the districts of Doğanyol, Pütürge, Kale and Battalgazi. There was a partial slowdown in our business in the last week of January. If the intensity in the business had continued that week, a difference of 1,000 tons would have occurred compared to January last year. There was a week-long partial impact due to the earthquake. Malatya is fast healing its wounds from the earthquake. We expect a serious increase in apricot exports in February."

He noted that consumers in European countries bought significant amounts of dried apricots from supermarkets during the Christmas holiday, pushing importing companies to schedule an earlier time for February orders in January. "The fact that February deliveries were made in January led to a significant increase in the export of dried apricots. If this continues, it will surely be reflected in producer costs. We expect apricot consumption to rise in the U.S. and European countries in February," he added.

Özcan said dried apricot exports to China had experienced a recession due to the coronavirus outbreak. "We believe this problem will be solved when the weather gets warmer," he said.