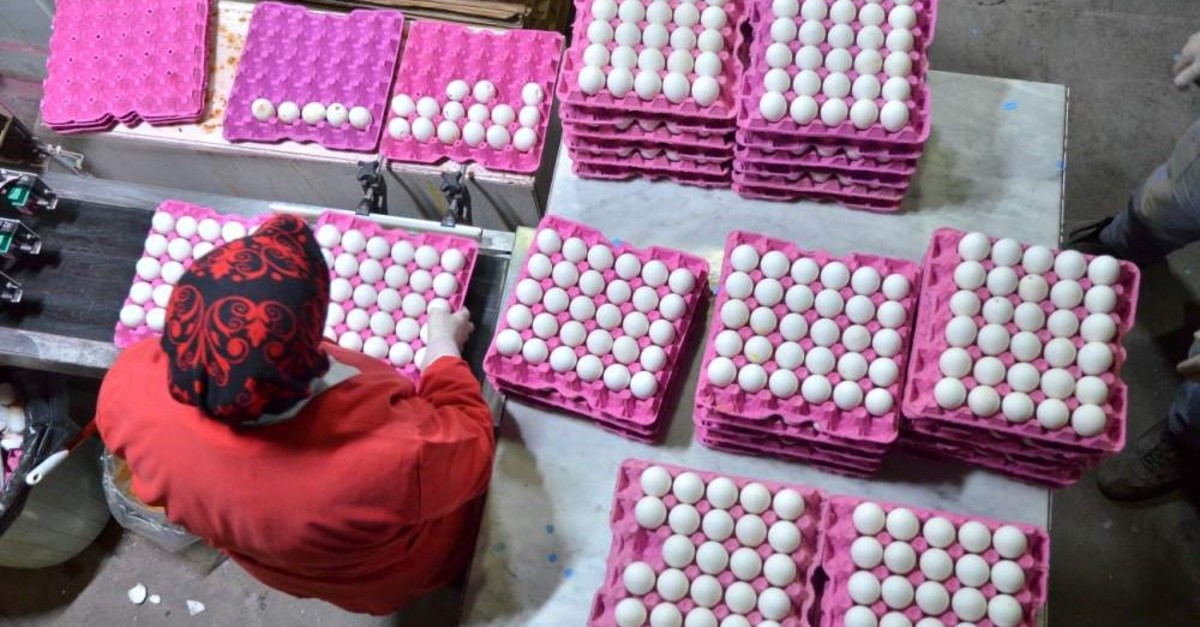 The country's total egg exports amounted to $215.82 million in 2019, a 38% decline compared with the previous year's figures, according to the Turkish Statistical Institute (TurkStat) data.

The drop in exports was mainly caused by an import ban by Iraq, which, prior to the ban, accounted for over 70% of Turkey's egg exports.

In October, exporters also sent the first shipment of eggs to the U.S., a market Turkish egg exporters have been eyeing for a long time.

İbrahim Afyon, chairman of the Turkish Egg Producers Association (YUM-BİR), said Saturday Turkey's egg exports to Iraq have stopped completely after the implementation of the ban in May, and some of the producers were forced to sell eggs at their cost price.

The egg ban turned into a major crisis in May, with Turkish egg exporters having to deal with the unwarranted situation of having the doors close to their largest market, which accounted for over 70% of their exports.

TurkStat's figures show that Iraqi traders are circumventing the ban by buying Turkish eggs through Syria and Kuwait, Afyon told Anadolu Agency (AA). He added that the exporters are now working toward entering the African market.

Turkey's business community blamed the Iraqi decision, touted by Baghdad as an effort to boost domestic production, on political factors. Turkish exporters say that Iraq is currently not in a position to meet local demands for most of the aforementioned products.

Besides Turkish exporters, the move is said to have also caught Iraqi people on the wrong foot. Iraqi citizens are said to have faced hikes on one of their sine qua non-staple food products.

Some reports also said the protest movement in Iraq was taken to social networks where campaigns called for a boycott of Iraqi eggs and for imports to start again.