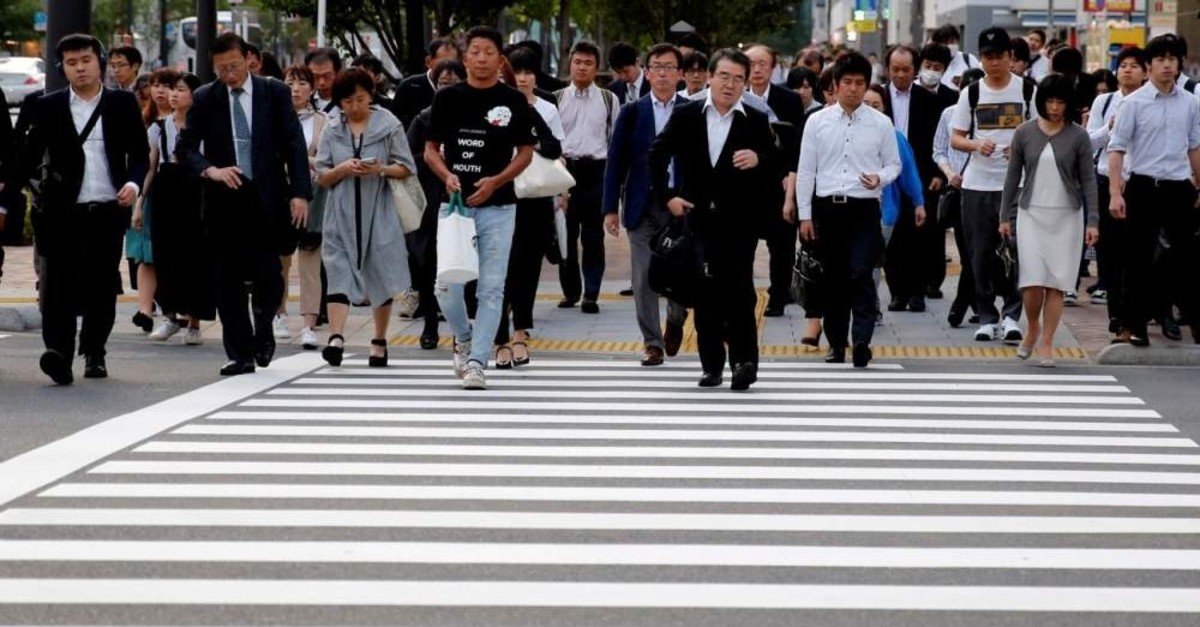 Japan's economy shrank at the fastest pace in almost six years in the December quarter as a sales tax hike hit consumer and business spending, raising the risk of a recession as China's coronavirus outbreak chills global activity.

Analysts say the widening fallout from the epidemic, which is damaging output and tourism, could have a significant impact on Japan if it's not contained in the coming months.

"There's a pretty good chance the economy will suffer another contraction in January-March. The virus will mainly hit inbound tourism and exports, but could also weigh on domestic consumption quite a lot," said Taro Saito, an executive research fellow at NLI Research Institute.

"If this epidemic is not contained by the time of the Tokyo Olympic Games, the damage to the economy will be huge," he said.

Japan's gross domestic product (GDP) shrank an annualized 6.3% in the October-December period, government data showed Monday, much faster than a median market forecast for a 3.7% drop and the first decline in five quarters.

It was the biggest fall since the second quarter of 2014, when consumption took a hit from a sales tax hike in April of that year.

The weak data also comes amid signs of struggle in the wider region with the coronavirus, leaving Japan vulnerable to a recession – defined as two consecutive quarters of contraction.

Japanese stocks slipped on the recession prospects with the benchmark Nikkei average 0.7% down and the broader Topix 0.9% off by the close.

The sales tax hike in October last year – as well as unusually warm weather that hurt sales of winter items – weighed on private consumption, which sank a bigger-than-expected 2.9%, marking the first drop in five quarters.

Capital expenditure fell 3.7% in the fourth quarter, much faster than a median forecast for a 1.6% drop and the first decline in three quarters, the data showed.

Japanese policymakers had warned that the economy will suffer a contraction in October-December as the sales tax hike, typhoons and the Sino-U.S. trade war hurt consumption and factory output.

Still, the weakness in capital expenditure – considered among the few bright spots in the economy – casts doubt on the Bank of Japan's view that growth will continue to expand moderately as robust domestic demand makes up for faltering exports.

In his interview with the daily, Kuroda said the outbreak was the "biggest uncertainty" for the domestic economy.

Worries about the spread of the coronavirus and its hit to the global economy kept Japanese manufacturers' mood gloomy in February, a Reuters poll found.

The outbreak has forced factories in China to shut down and led to a sharp drop in Chinese tourists.

Still, many analysts doubt whether the government and the central bank have effective means to fight another recession given their dwindling policy ammunition.

"The government has already taken steps to respond to the sales tax hike and post-Olympics slowdown, so you cannot expect further steps on the fiscal front," said Takeshi Minami, chief economist at Norinchukin Research Institute.

"There's not a lot more the BOJ can do either ... Additional easing may do more harm than good to the economy."