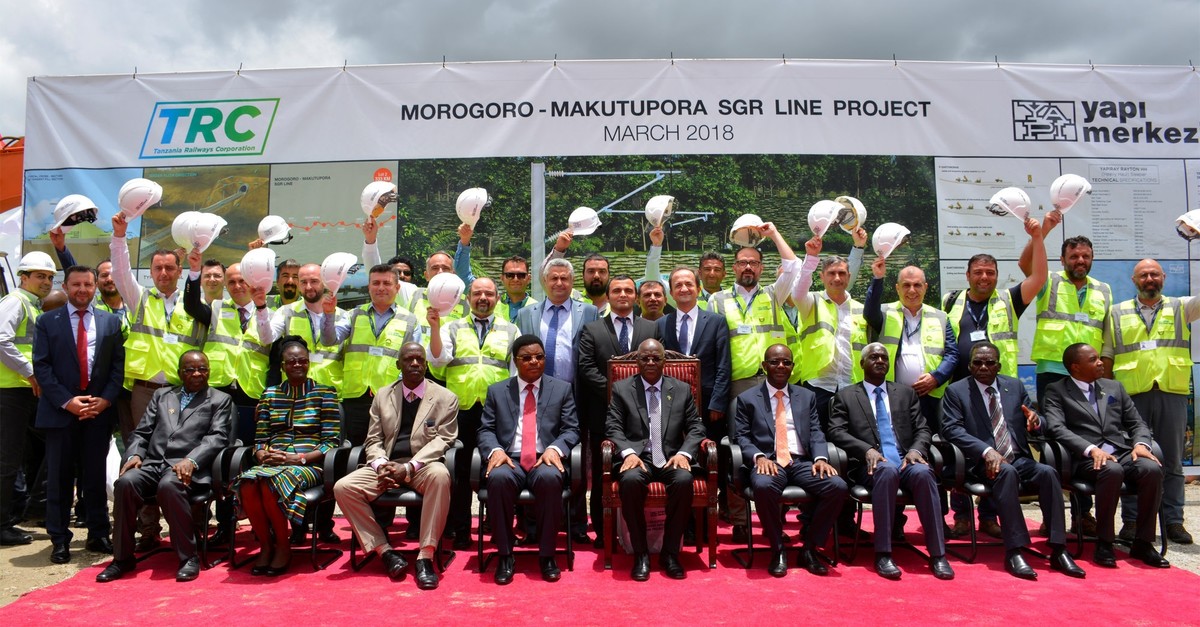 The inauguration ceremony of the Morogoro-Makutupora portion of Turkish Yapu0131 Merkeziu2019s $3.1 billion railway construction, which is currently the largest investment in the country, March 2018.
by Mustafa Kırıkçıoğlu Feb 18, 2020 7:42 pm

The growing interest of Turkish investors, tourists and educators in Tanzania has boosted bilateral relations in recent years

Ankara's declaration of 2005 as the Year of Africa gave an impetus to the political, commercial and cultural relations between Turkey and African countries. That year, Turkey also gained observer status in the African Union, which strengthened bilateral ties with the African states.

Ankara has attached importance to enhancing ties with Tanzania as this East African country has a young workforce, spectacular natural habitat and a wide range of resources.

"We have had numerous high-level bilateral visits by different delegations in recent years, including President Recep Tayyip Erdoğan's in 2017, which have significantly contributed to the development of bilateral ties in every field," Ali Davutoğlu, Turkey's ambassador to Tanzania, told Daily Sabah in an exclusive interview. 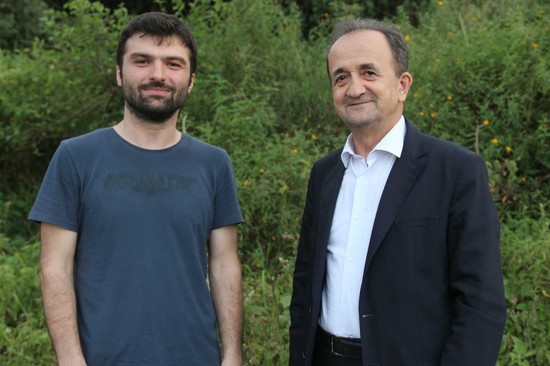 In a meeting of the Turkey-Tanzania Business Council in January 2017, Erdoğan highlighted the aim to raise bilateral trade volume, which was $150 million at the time, to $250 million during the first stage and then to $500 million later on. The president had also announced that Turkey would further strengthen bilateral ties with the country with new projects in the sectors of the economy, trade, railway, tourism, agriculture, industry and construction.

"We have already reached a $250 million bilateral trade volume thanks to quickly developing economic ties, and I think we will reach $500 million in a short time," Davutoğlu expressed.

With developing economic ties, more Turkish companies are seeking business opportunities in the African country. One such construction giant, Yapı Merkezi, launched a $3.1 billion railway construction project in 2017, which constitutes the initial two phases of a greater five-stage project that aims to link Tanzania to the Indian Ocean.

"This is the largest construction project in Tanzania currently. What we see is that Turkish businesspeople went beyond the 2005 Africa opening; now it is time to switch to a partnership with Africa," Davutoğlu said.

The completion of the five-stage railway line linking Uganda, Rwanda and the Democratic Republic of Congo with Tanzania will mark the launch of the fastest train in East Africa.

The ambassador also highlighted Turkish Airlines' daily flights to three different location – Dar es Salaam, Kilimanjaro and Zanzibar – which boosts the tourism sector. "A significant part of tourists, especially from Europe and the U.S., also prefer Turkish Airlines for their visit to Tanzania," he said.

Turkey's increasing interest in Tanzania is not limited to politics and economics, as cooperation in education has also become a priority in recent years. While some universities have signed memorandums for student exchanges, Turkey's Maarif Foundation, which provides education from kindergarten to high school, continues its activities in Dar es Salaam, Kilimanjaro and Zanzibar with nearly 2,000 students.

"They are among the most distinguished private schools in Tanzania. For example, in Zanzibar, demand for Maarif schools is much more than our capacity. Unfortunately, we couldn't accept every student applying to the school," Davutoğlu said.

Every year at least 30 students from Tanzania are awarded scholarships by the Presidency for Turks Abroad and Related Communities (YTB). The ambassador said that they asked YTB for a special quota for students from Zanzibar due to high demand from the island.

He also touched upon schools belong to Gülenist Terror Group (FETÖ) in the country, saying that the Tanzanian government is aware that these educational institutions are not deemed suitable by the Turkish government.

Alongside opening new schools worldwide, the Maarif Foundation has been taking control of FETÖ-linked educational institutions after the group orchestrated a coup attempt against the Turkish government on July 15, 2016, killing 251 people and injuring nearly 2,200.