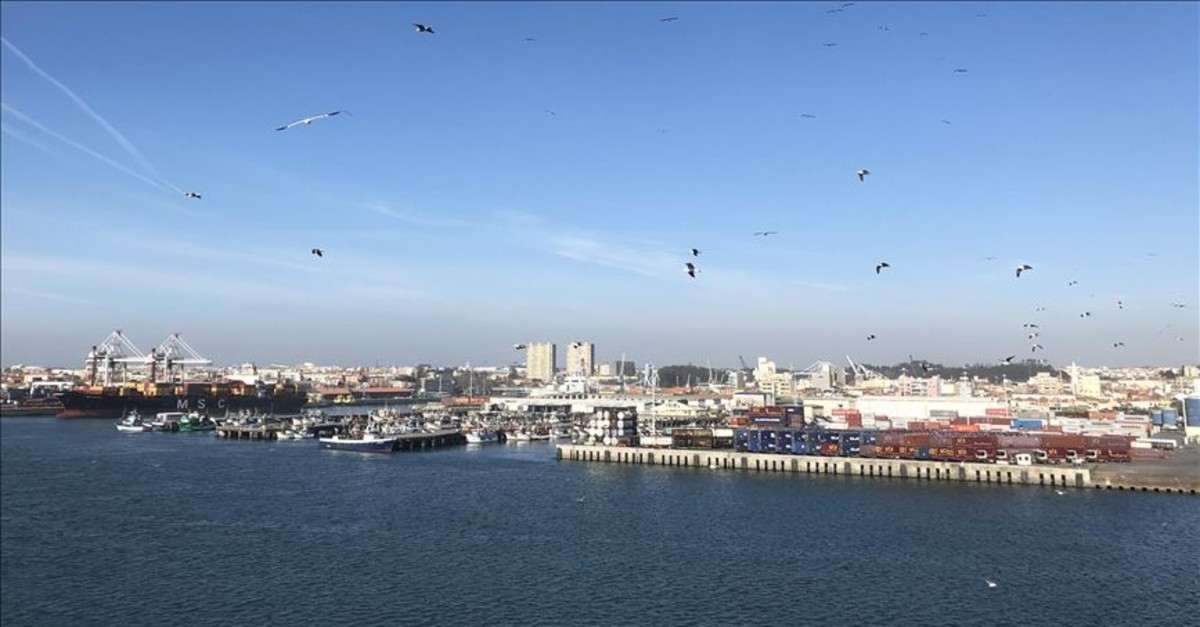 Turkish Airlines carried the highest number of passengers from Asia, the Far East and the Middle East to Portugal and outperformed its rivals in the same segment last year, according to the flag carrier's Porto manager.

The rise comes parallel to surging economic relations between Turkey and Portugal as well as increasing investments due to the latter's golden visa scheme for citizenship.

Turkish Airlines carried 285,908 air passengers to Portugal last year, of whom 60% was transit passengers through Istanbul, Ahmet Faruk Şahiner told Anadolu Agency (AA) Friday. "This figure includes many people of various nationalities, such as Africans and people from the Middle East, but at least 50% of them were from Asia," he said.

Pointing to a gradual rise in the number of passengers since the first flight to Portugal in 2005, Şahiner said the company aims to carry 300,000 air passengers to the European country this year.

Turkish Airlines flies to two routes in Portugal; to Lisbon since 2005 and to Porto since 2015. "Passengers who visit Lisbon want to come back to the country to experience Porto next time," he said.

Şahiner also underlined the success they have had in the Porto destination. "We fly 10 times weekly in summer and seven times in winter. After four years, we set a 100,000 air passenger target for Porto," he said. "Turkish Airlines also connects Portugal to Africa and Asia."

On the trade side, Lale Ülker, Turkey's ambassador in Lisbon, pointed to the positive trend of trade and economic ties between the two countries, stating that over the last 15 years, the volume of bilateral trade has grown fourfold."

The volume between the two countries rose 1.8% year-on-year to hit $1.8 billion in 2018, according to the Turkish Statistical Institute (TurkStat).

Turkey ranks 17th in terms of Portugal's exports and 13th for imports, she noted. Turkey's top export sectors in trade with Portugal include contributions to the automotive industry, iron and steel, and textile products.

The figure can cross $5 billion if both countries cooperate in their areas of influence, according to a Turkish business leader.

"We should try something new to boost bilateral trade volume with Portugal, like focusing on Portuguese-speaking countries," Öz added.

Turkey should be seen as a destination for production activities over the Far Eastern countries, he suggested, highlighting that Portugal would have a great advantage in Turkic countries by cooperating with Turkish companies.

"We're talking about a potential that can't top $5 billion if we don't cooperate in third countries or advanced technology." He added that Portugal's mining sector, and especially its lithium reserves, was gaining the attention of Turkish companies.

Speaking about the golden visa scheme Portugal offered for citizenship, Öz said Turkish Jews who had easier access to Portuguese citizenship could also help build a bridge between the two countries.

"There are almost 2,000 applications that are being processed. This will also add momentum to our ties," Öz stressed.

Furthermore, Turkish citizens represented some of the top three largest golden visa holders from Portugal, with 385 citizens having staked a claim since the scheme was launched in 2012. Portugal has received more than 5 billion euros ($5.4 billion) of investment from the golden visa scheme and granted visas to 8,288 people.

Ambassador Ülker said Turkish companies were showing a rising interest in Portugal and had started claiming a considerable share of the Portuguese economy.

Since 2015, Yılport, a subsidiary of Turkish conglomerate Yıldırım Holding, has been operating seven Portuguese ports. To this, Ülker said: "Yılport's acquisition of Portuguese port operator Tertir in 2015 made it the largest foreign investment in the country."

She said the Lisbon cruise terminal was being operated by another Turkish conglomerate, Global Port, after it won a bid with an international consortium as part of a 35-year build-operate-transfer deal. "In 2018, Turkey's Oyak Çimento bought out Cimpor, the most important Portuguese cement producer, as well as Cabo Verde," she added.

Noting that Turkish giants like Esan Eczacıbaşı were involved in mining research and that Krea Gayrimenkul and DAP Yapı were carrying out real estate projects in the country, she said, "Besides these prominent cases, some 17 smaller Turkish companies operate in the country in agriculture, food, tourism, and pharmacy.”

Likewise, the number of Portuguese companies doing business in Turkey reached 75 as of January, up from just 15 in 2017. "Portugal has invested in Turkey's sectors of information technology, telecommunications, sports equipment, clothing and shoes, paper and wood, consultancy, software, renewable energy, engineering, and storage," Ülker said.

With great waves along its coast, Portugal is a top destination for surfers, THY’s Porto manager Şahiner said, adding that Turkish Airlines carries tourists especially from Asia to the surf haven.

"We carry the surf equipment for free for selected destinations so we become competitive price-wise," he said.

The flag carrier is organizing a golf tournament in Porto in June. "We used to sponsor golf tournaments. It will be great to organize our own," he noted.

Şahiner also said passengers from certain countries with a stopover in Istanbul for more than 20 hours are eligible for Turkish Airlines' accommodation services. "Generally Portuguese passengers utilize this opportunity," he explained.

The country manager also highlighted the common characteristics between Turkish and Portuguese people, like being warm-blooded and easygoing.

Şahiner also stressed that the company posted a rise in the number of Portuguese passengers flying to Turkey with 35% year-on-year in 2019.

Touching on cargo carriage through the carrier’s subsidiary Turkish Cargo, he said it carried the most goods to Portugal from Asia.

Turkish Airlines carried over 74.3 million passengers in 2019, a year that witnessed some major developments such as a grand switch to Istanbul Airport in April and the grounding of the Boeing 737 Max aircraft fleet.