Turkey: Let's strike a healthy balance between technology and the law 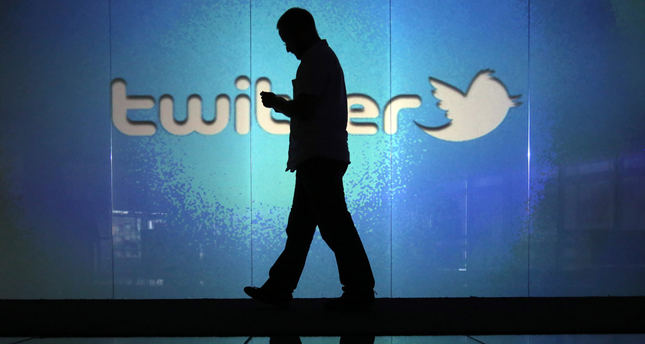 by The Editorial Board Mar 22, 2014 12:00 am
On Friday, the Telecommunications Authority of Turkey imposed a nationwide ban on Twitter citing a series of court decisions that resulted from individual complaints. At a campaign event hours before the controversial decision, Prime Minister Recep Tayyip Erdoğan hinted that the authorities were going to take measures against the company - which led many disgruntled citizens to associate the ban with the country's outspoken executives. At noon, President Abdullah Gül tweeted to over four million followers that he was disappointed with the court decision and that "it is unacceptable for social media platforms to be shut down." Various members of the cabinet, too, voiced concern over the situation.

Most notably, Deputy Prime Minister Ali Babacan complained that Twitter repeatedly turned a blind eye to violations of Turkish law and thereby complained to the authorities to opt for "the lesser evil" while maintaining that he expects the decision to be repealed soon. The Telecommunications Authority responded that the ban was motivated by Twitter's insensitivity to court decisions to prevent irreperable harm to the citizens involved.

As Daily Sabah, we continued to publish news stories and opinion pieces on Twitter despite the ban.

Although the controversial Twitter ban has placed Turkey at the heart of fierce criticism from across the globe, it is hardly the first time that the country found its laws at odds with rapidly evolving communication technologies. In 2007, Turkish courts ruled to restrict access to YouTube following complaints that the website featured usergenerated content that violated a 1951 law about insults to national hero Mustafa Kemal Atatürk. While the ban ended three years after YouTube agreed to take down the videos, Turkish courts became the laughing stock of the country as public figures including Prime Minister Erdoğan - who famously said that he visited the website and so should the people - denounced the ban. In 2010, Turkish media outlets reported that authorities might take action against BlackBerry devices over security concerns but the claims did not gain traction and died down before long.

There is no doubt that a total ban on Twitter represents an abuse of power by the Telecommunications Authority that clearly acted in violation of the country's recently amended Internet law mandating the authorities to restrict access to individual URLs as opposed to entire websites. Furthermore, millions of Twitter users circumvented the decision through VPN clients and by changing their DNS settings to prove wholesale bans ineffective.

The controversial ban also highlighted the need for Turkish courts to develop a better understanding of how global platforms such as Twitter function in order to change their outdated efforts to cope.

At the same time, however, our rightful frustration with Turkish authorities and the courts cannot mean that Twitter and other global companies enjoy a free pass within specific countries where they operate. Surely enough, Twitter is not just another tech company but a pioneer of global efforts to facilitate the free exchange of ideas that, time and again, proved capable of generating political and societal change. As such, Twitter and others have a historic mission to promote democracy at a global level.

At the same time, however, Twitter's impact and potential do not absolve the company's management of their inherent responsibility to protect individual citizens from transgressions against their privacy and defamation - which seems to have formed the basis of the court decisions mentioned above. As much as we expect the authorities to take necessary steps to prevent similar misconduct by the Telecommunications Authority and the courts in the future, we also remind Twitter and other platforms of their responsibilities toward users in Turkey and elsewhere. In light of yesterday's developments, we hope that renewed dialogue between the Turkish authorities and company representatives on Friday will help restore Twitter service in the country and look forward to sharing select stories from the nation and across the globe via @dailysabah on Twitter.