The Art of Deception: Turkey, United States and al-Qaeda 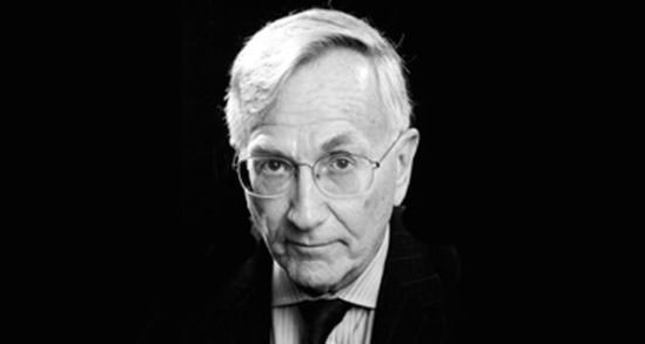 by The Editorial Board Apr 09, 2014 12:00 am
A recent article by Seymour Hersh published in the London Review of Books has dominated public debate on the Turkish government's Syria policy and rekindled allegations that part of Turkey's efforts to assist rebel forces against the Bashar Assad regime may have involved the country with al-Qaeda operatives on the ground.

The piece, which was immediately dismissed by both the White House and Turkish officials, became a hit with critiques of Prime Minister Recep Tayyip Erdoğan's government who highlighted the author's journalistic credentials -most notably a Pulitzer Prize he won back in 1969- to support his claims featured in the article that would be more accurately described as a quality collection of conspiracy theories rather than investigative journalism. Even though Hersh's latest publicity stunt may have left him with little, if at all, credibility, some members of the Turkish intelligentsia are more than willing to ignore the circumstancial nature of evidence presented in the article.

Among anti-government Turks, Seymour Hersh's claims fell on friendly ears and represented yet another set of material to be used against the Erdoğan administration, whose vocal criticism of Bashar Assad's crimes against humanity unsettled some of his opponents who dared to glorify the Syrian dictator as a hero of the anti-imperialist struggle in the Middle East.

The opposition's efforts to link the Turkish government to al-Qaeda operatives in Northern Syria and elsewhere have been going on against the backdrop of the Dec. 17 operation orchestrated by the Gülen Movement and Gezi Park protests when left-wing terrorist organizations such as DHKPC fielded their forces in an attempt to overthrow Turkey's democratically elected government. It was thus no coincidence that Gülenist operatives within the Armed Forces stopped a truck transporting humanitarian aid under the supervision of the National Intelligence Agency (MİT) in January. Seizing the cargo and arresting the agents, the perpetrators alerted friendly media outlets to create the illusion that Turkish officials were caught red-handed whilst supplying heavy weapons to al-Qaeda. For the Gülenists and their newfound allies, the secularist opposition, associating the government with al-Qaeda serves as a convenient and effective means to delegitimize and isolate Ankara. This skillfully staged mise en scène sought to portray Turkey as a state sponsor of terrorism -even if the baseless allegations risked jeopardizing the country's hard-earned reputation as a NATO ally and EU candidate. In truth, a recently leaked sound recording from a high-level meeting at the Foreign Ministry alone would serve as sufficient proof that Turkish authorities consider al-Qaeda and ISIL among other radical groups as a national security threat -to be sure, a fatal attack in bordertown Reyhanlı and a deadly shooting in Niğde just weeks ago demonstrated how serious the threat was.

Meanwhile, individuals and groups willing to take wild allegations about the Turkish government at face value seem to conveniently ignore the fact that members of the main opposition Republican People's Party (CHP) have forged an unholy alliance with the Syrian regime from the outset of the civil war in 2011. During multiple visits to Damascus, opposition parliamentarians were careless enough to present Bashar Assad with presents, including a flag with the motto "Do not give up" which the Syrian dictator shared with his Instagram followers.

Moreover, none of the self-proclaimed advocates of the Syrian people seem to recall that a CHP delegation was photographed at al-Assad's offices along with the chief suspect behind last spring's Reyhanlı attacks.

The Hersh article and subsequent reactions from Turkey's opposition figures should serve as a reminder to all parties involved that it is time to draw a thick line between disapproving the government's policies and celebrating a Middle Eastern dictatorship which will, hopefully sooner rather than later, face trial in the Hague. Furthermore, we urge critiques to approach the allegations with due diligence and make an effort to distinguish wishful thinking from factual analysis.
Last Update: Nov 20, 2014 7:56 pm
RELATED TOPICS