Turkey's path to semi-presidentialism and the need for institutional reform 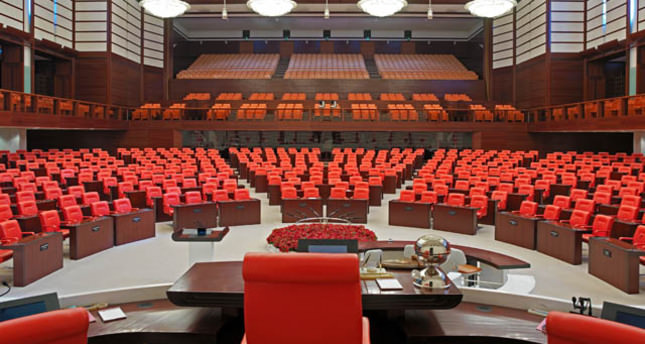 by The Editorial Board Apr 23, 2014 12:00 am
The local elections held on March 30 marked a historic event in Turkey's history, as extraordinary preelection developments effectively transformed the municipal vote into a de facto referendum on the country's political future. A number of commentators correctly pointed out that corruption allegations and an aggressive media campaign shifted voters' perceptions about local races, which, many believed, had more to do with keeping the ruling Justice and Development Party (AK Party) in power than picking local officials. Following the ruling party's remarkable performance last month, it became clear that the incumbents have the upper hand in the upcoming presidential race as well. As such, post-election assessments have immediately raised the point that either incumbent President Abdullah Gül or long-time Prime Minister Recep Tayyip Erdoğan would be elected to the presidency in August 2014. While some expected the two men to fight a political battle in an attempt to get their names on the AK Party ticket, others argued that they would negotiate a mutually agreeable roadmap. Until recently, both scenarios enjoyed widespread support from commentators of various backgrounds.

Last week, a series of developments shed light on Turkey's upcoming presidential race. While Prime Minister Erdoğan met with AK Party parliamentarians, the vast majority of whom voiced support for his candidacy, President Gül signaled that he was more willing than many expected to give his longterm political ally his blessing. As such, both leaders seem to agree that the country's two executive positions should work in harmony. Over the next weeks, the AK Party is expected to hold a series of meetings with different parts of the party organization, while Gül and Erdoğan will join forces to discuss specifics.

Surely, it is a major advantage for the country that both leaders share a common vision that carefully avoids any development that might jeopardize Turkey's political and economic stability.

Meanwhile, the ruling AK Party seems interested in establishing a new institutional setting whereby the presidency and the prime ministry complement each other's work instead of maintaining the current rules to create a weak prime ministry and a president with little accountability. There is no doubt that the country should not have to live with a perpetual confrontation between the president and the prime minister in the future. The current institutional environment, however, seems to ensure that such clashes are unavoidable - such is, after all, the nature of politics.

Considering political developments in the foreseeable future and the existing problems with government institutions, the only viable alternative would appear to be a full-fledged semi-presidential regime. After all, none would take the risk of reversing the 2007 constitutional referendum to deprive the people of their right to directly elect their president.

While the political system remains in dire need of institutional reform, such steps do not necessarily have to be taken prior to the August 2014 election.

The ruling AK Party now has a historic responsibility to take the necessary constitutional measures in order to make sure that the country's executive offices can and will work together under new rules.

As such, Turkey's political leadership now faces a new challenge that needs to be addressed in order to safeguard the country's future and its political stability.

Furthermore, the opposition parties must act responsibly to help address their constituents' concerns over the political regime and contribute to the public debate about new institutional arrangements.

Finally, it is important to note that the public debate on institutional reform cannot produce meaningful results if the opposition approaches the issue with reference to Erdoğan's person to ignore long-term implications. Political systems inevitably reflect the unique experiences of individual countries, and therefore must be designed to outlive individuals.

Given Turkey's strong tradition of democracy, all political actors must work toward a Turkish model with due respect for democratic principles and the separation of powers to find a new common ground for a rapidly changing country.
Last Update: Dec 29, 2014 6:35 pm
RELATED TOPICS