What Turkey can no longer afford to avoid 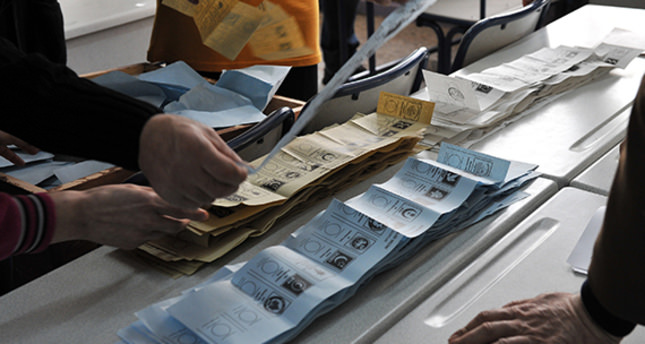 by The Editorial Board Jul 10, 2014 12:00 am
On Aug. 10, 2014, over 55 million registered voters in Turkey and abroad will go to the polls to elect the country's 12th president. The event marks a special occasion as the nation will directly vote for presidential candidates, whereas, until seven years ago, the Parliament exercised the power to select presidents. Although the 2014 presidential vote has only recently come to the forefront, the new institutional arrangement dates back to 2007, when the then-Foreign Minister Abdullah Gül's nomination by the ruling AK Party, which had a majority in the Parliament, caused a deadlock between the executive branch and the secularist establishment. Leading the charge against the AK Party were the Armed Forces, which threatened to stage a coup, and the Constitutional Court that declared 367 parliamentarians had to be present at the proceedings in order to have quorum for the presidential vote to lock down the Parliament. Amid million-people marches in major towns and calls for a military coup, the AK Party government called for early elections and won a landslide victory with 46 percent of the vote to confirm Mr. Gül's appointment as president. To avoid similar situations in the future, the ruling party proceeded to hold a referendum in October 2007, which introduced new amendments to the 1982 Constitution to require a direct vote for the presidency and allow each president to serve two five-year terms as opposed to a single, seven-year term.

The 1982 Constitution stipulated that the president would situate himself above politics and assume the role of a neutral arbiter between competing political parties and interest groups. Following in the footsteps of the country's 1961 Constitution, which divorced political power from electoral mechanisms to task the military, the high courts and the bureaucracy with guarding the state from popular challenges, the masterminds of the 1982 Constitution sought to reduce the political process into a form of spectacle for the masses. In this institutional setting, the president was expected to serve as a gatekeeper to veto legislations unacceptable to the guardians and keep anti-establishment parties away from the executive branch. With the 2007 amendments, however, the president has become an elected official with responsibilities toward the people as well as new priorities such as re-election for another five-year term. The resulting hybrid model, no doubt, entails a real threat to the nation's political and economic stability, considering that the 1982 Constitution remains understandably vague about disputes between an elected president and the prime minister as head of the executive branch – which are bound to occur especially if politicians from two different parties occupy each office. At this time, Turkey can no longer afford to avoid the following question: Does the parliamentary system still meet our needs as a rapidly-changing, dynamic and more diverse nation with serious political and economic potential?

In the past, the parliamentary system effectively worked to push Turkish politics to a series of deadlocks as the guardianship regime handled the nation's affairs. Especially in the 1970s and the 1990s, the existing institutional arrangements put weak coalition governments at a serious disadvantage in the face of overly-powerful guardians. While the current distribution of power between political parties seriously empowers the Parliament by allowing single-party governments to be formed, we should know better than to wait until the next big conflict manifests itself.

After a tumultous year, the presidential election provides an opportunity for Turkish society to reflect on our democracy and to engage in a meaningful dialogue about the ways in which we could improve the country's performance. To take necessary precautions and safeguard Turkey's stability, the Parliament must take initiative to revive the failed Constitution drafting process with an eye on the nation's demands, pay due attention to checks and balances, and prioritize individual rights and liberties over state power.