End of the road for the Gülen Movement 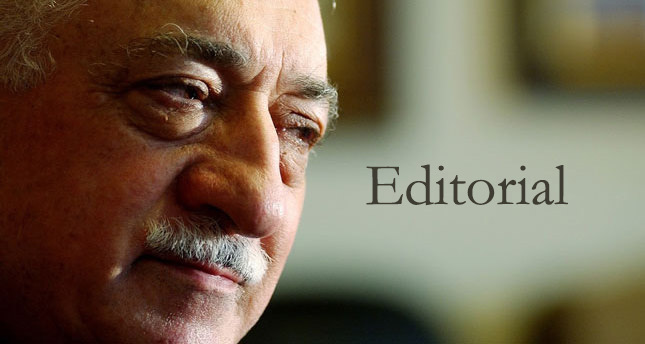 by The Editorial Board Aug 02, 2014 12:00 am
On July 22, 2014, police officers arrested over 100 members of law enforcement as part of an ongoing investigation regarding widespread illegal wiretapping and invasion of privacy without just cause. The probe dated back to a massive eavesdropping scandal that the authorities uncovered back in February 2014 relating to the surveillance of thousands of journalists, academics, politicians and senior government officials. Although scores of police officers and members of the judiciary have since been reassigned or suspended, the July 22 operation marked the first concrete response from the Turkish judiciary. An Istanbul court has subsequently ordered the formal arrest of key police officers on charges of espionage, document fraud and illegal wiretapping. As such, the Gülenist shadow state has come under an unprecedented level of public and legal scrutiny.

Over the last several decades, the Gülen Movement has branched out from its educational activities and formed a shadow state at the intersection of law enforcement, the judiciary and the bureaucracy to abuse the official powers of its operatives to pursue its own agenda. In recent years, this powerful group of government officials began to take charge of entire institutions and served the interests of the Gülen Movement rather than follow the official agenda of these institutions. The power that this shadow state had accumulated became visible for the first time when an affiliated public prosecutor ordered the police to detain Hakan Fidan, who serves as head of the National Intelligence Organization (MİT), for questioning on Feb. 7, 2012. The controversial event marked the beginning of an ever-deepening conflict between the administration and the Gülen Movement. Although the Gülen Movement refrained from associating itself with past controversies surrounding irregularities in key court cases including the Ergenekon, Sledgehammer (Balyoz) and KCK (Kurdish Communities Union) trials, they have rushed to the defense of their operatives inside law enforcement to prevent legal action against other components of their shadow state.

Having received a record number of votes in the most recent local elections four months ago, senior members of the administration have repeatedly indicated that they were determined to hold the Gülen Movement accountable for their crimes. Meanwhile, the movement's crusade against Turkey's elected government has caused outrage across the nation, including in Gülenist strongholds. The authorities have also identified the Gülen Movement as a covert organization working against the country's national interests and issued a warning to their sponsors in the international arena, including the U.S., from where the movement currently operates. The U.S. government has been following the legal action closely and would have little reason to resist if Turkey proceeds to issue a Red Notice through Interpol for the arrest and extradition of Fethullah Gülen, the movement's Pennsylvania-based leader. After all, standing in solidarity with a controversial movement whose members are accused of criminal activities would inevitably hurt U.S. interests in Turkey and the broader region.

Addressing the problem of shadow states inside Turkey's bureaucracy represents crucial element of strengthening the rule of law and improving the transparency and accountability of government. In this regard, the implications of the ongoing episode extend beyond the Gülen Movement itself and relate to the ways in which Turkish society can strike a healthy balance between individual liberties and the constitutional right to privacy and crime prevention. Mass surveillance, which has been a priority item on the political agenda of various nations at least since the NSA scandal, affects every member of our society regardless of their politics, age, ethnicity and religious affiliation and infringes on the constitutional rights of Turkey's citizens.

It goes without saying that the people of Turkey must demand swift and rapid justice in one of the worst violations of privacy in the nation's history. At the same time, the government has a right to take necessary measures to ensure national security and prevent acts of espionage. The authorities, in turn, have an obligation to the victims and their families to present concrete evidence in the court of law and make sure that procedural mistakes do not undermine the credibility of the proceedings. The July 22 operation marks the end of the road for the Gülenist shadow state, and sends a strong message to others about consequences.
Last Update: Dec 29, 2014 6:30 pm
RELATED TOPICS