No shortcut to Middle East peace 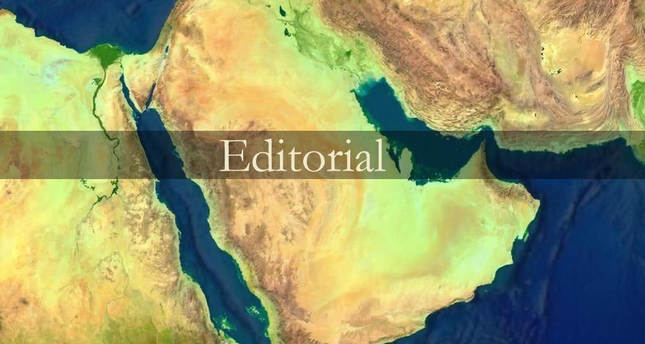 by The Editorial Board Sep 13, 2014 12:00 am
The capture of Mosul, Iraq by the Islamic State of Iraq and al-Sham (ISIS) some four months ago sent a strong signal to the international community and represented a wake-up call for various governments who, hoping that the problem would magically disappear, had conveniently ignored the latest addition to the long list of threats in the Middle East. After wasting a considerable amount of time with tough talk and condemnations, the Obama administration, largely in reaction to the decapitation of two journalists by the terrorists, decided to lead the charge, albeit with serious delays, against ISIS operatives. It is important to question, however, whether or not the terrorist organization could have posed such a major threat to regional stability had the international community, in particular the U.S. and NATO, not kept silent in the face of the grave atrocities that Bashar al-Assad's chemical regime skillfully committed since April 2011.

In light of the questionable reliability of the Western alliance in Syria, the Turkish government's reluctance to sign the Jeddah Communique on Thursday seems understandable. Furthermore, that ISIS militants continue to hold 49 Turkish citizens, including members of the diplomatic corps, hostage since raiding the Turkish consulate in Mosul just hours after capturing the city certainly complicates the operational implications of Ankara's unmistakable opposition to the presence and activities of ISIS operatives across its southern border. While Turkey cannot be reasonably expected to place the lives of 49 innocent people at risk, it is important to note that Turkish officials have pledged to live up to their responsibilities to the international community and the people of the Middle East within aforementioned operational limits. It takes little more than common sense to understand that any country that shares hundreds of kilometers of land borders with both Iraq and Syria would regard the emergence of terrorist groups as a serious threat to its national security and take steps to actively discourage their activities, let alone support or sponsor their operations.

Although public opinion seems fixated in the Obama administration's efforts to possibly engage in military action against ISIS in Iraq, it is an undeniable fact that ISIS managed to outperform a long list of competitors thanks to the vast resources it acquired during the Syrian civil war. As such, the international community must acknowledge that a lasting solution to violent conflict and alarming levels of terrorism in Iraq requires a swift end to Bashar al-Assad's rule. Middle East peace shall remain elusive in the absence of a post-Assad Syria that pledges allegiance to universal principles, including democratic government and respect for human rights, rather than fighting proxy wars and killing innocent civilians.

The international community, furthermore, cannot assume that the problem of ISIS does not extend beyond fighting terrorism. Considering that ISIS would not have been able to organize and operate in Iraq unless the U.S.-backed government of Nouri al-Maliki had not sought to implement sectarian policies in one of the most fragile democracies in the world, it is important to grasp that the prospect of lasting peace and stability in the Middle East closely depends on the ability of post-Maliki authorities in Iraq to reach out to Sunnis and the Kurdish community.

Finally, Western governments must concentrate their efforts to weaken and neutralize ISIS on capturing homegrown terrorists before they join radical groups fighting a self-proclaimed holy war. The West pointing fingers at Turkish authorities for not detaining their citizens who travel to Turkey legally on terrorism charges, while comforting, does not help the international community tackle the enemy at the gates. If anything, failure to fight terrorism at home might entail long-term implications considering that foreign fighters in ISIS's ranks could return to their countries of origin and seek to engage in similar activities far from the Middle East.

Keeping in mind that the primary objective of ISIS is to trigger a sectarian conflict in the Middle East, the international community must embark on a serious effort to prevent such plans from coming to fruition. We cannot afford to allow ISIS to fight a proxy war in the region and place lives at risk. Despite our differences on how to fight the threat, it is a crucial development that the international community has finally snapped out of the post-Iraq war blues and taken a serious first step toward restoring order in the region.
Last Update: Dec 29, 2014 6:30 pm
RELATED TOPICS