Turkey: A perfect antithesis to DAESH 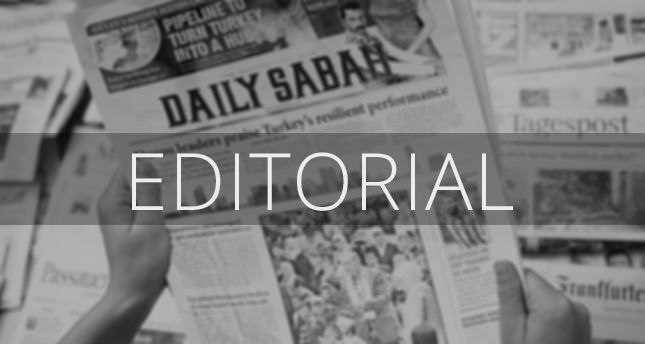 by The Editorial Board Jan 13, 2016 12:00 am
On Tuesday, another atrocity was added to the grisly list of terrorist attacks by Daesh militants. Ten people, all of whom were identified as German nationals, were killed in the suicide bombing carried out by a Daesh militant in Istanbul's historical center, Sultanahmet Square. We, as Daily Sabah, pray for the victims and extend our condolences to their families and friends. We also condemn the act without reservation. This attack was against not only innocent civilians, but also against Turkey's stability, economy, determination to fight terrorism and its generosity to desperate refugees fleeing carnage in their homelands.

The latest Daesh attack, just like its previous attacks in Suruç, Ankara, Paris, San Bernardino, California and across much of the Middle East, is an assault on the civilized world, modern way of life and stability. Its main aim is and has always been to replace stability and trust with the disorder and terror from which it feeds and spreads.

Turkey, as the region's sole democracy and a haven of stability, provides a perfect antithesis to Daesh as a valid example of how a majority-Muslim society can foster peace, welfare and prosperity. This is a fact Daesh knows well and as such, tries to act accordingly.

Turkey's continued stability makes it a center of attraction for the entire region, as it should be, and is appreciated by members of the EU.

Daesh, which germinated from the chaos of Syria and Iraq before exploding two years ago, is open to manipulation by some countries' intelligence organizations. Airstrike campaigns are inadequate to address the danger posed by the group. Daily Sabah has repeatedly underlined the need for a comprehensive strategy to fight both Daesh and the chaos that spawned such a repellent group. Any comprehensive measure necessitates cooperation, awareness and focus on common interests.

Disunited initiatives based on interests of individual countries are destined to fail, as most superfluous measures have until now.

The problem at hand cannot be perceived as one that Turkey needs to face alone. Any comprehensive vision to eradicate Daesh needs to first deal with the environment that fosters such groups. No one can expect anything useful to come out from a strategy that ignores Russia and Iran pulling at the seams of Syria and Iraq, both of which should now be considered failed states. Syrian President Bashar Assad's regime seems to be willing to see the entire region go up in sectarian flames and the central Iraqi government in Baghdad seems to have little influence outside the city's outskirts cannot be trusted to eliminate this environment that creates extremist groups. As long as Syria and Iraq remain terrorism-exporting countries, no one can expect to sleep peacefully. There is no structural way of preventing our beautiful city centers from becoming perfect targets for the chaos spreading out from these two countries. Copy-and-pasting the same old remarks and arguments every time terrorism strikes as many did when Daesh hit Paris in December or Istanbul yesterday should no longer be considered a legitimate debate to face such a threat.

When it comes to Daesh, governments should go beyond the narrow confines of their selfish national interests and focus on an effective fight against Daesh and the regimes that foster its existence. If not, tomorrow, when we go for a morning stroll or a visit to our favorite café could be our last and people will be reading once again the tired and futile arguments copy-and-pasted everywhere
once again.
Last Update: Jan 14, 2016 3:27 pm
RELATED TOPICS