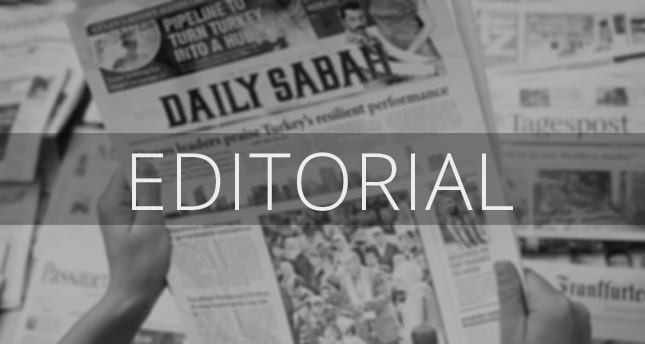 by The Editorial Board Jun 04, 2016 12:00 am
German Parliament adopted a controversial resolution on Thursday that declares the killing of Ottoman Armenians during World War I to be genocide. Although the resolution's sponsors claimed the move would push Turks and Armenians toward dialogue and reconciliation, the historic vote, in which Chancellor Angela Merkel and Foreign Minister Frank-Walter Steinmeier did not participate, had nothing to do with the suffering of Ottoman Armenians. German politicians took no similar steps to mark the 100th anniversary of the 1915 events, nor did they bring up the issue two months ago during the tragedy's 101st anniversary. The passage of this controversial resolution now represents the defeat of mainstream politics to populism.

German Parliament's scandalous move took place against the backdrop of a steady decline in Merkel's approval ratings, violent attacks on refugees and mounting criticism of Berlin's cooperation with Turkey. Over the past year, hundreds of thousands of mainly Syrian refugees have arrived in Europe as the German chancellor emerged as the continent's uncontested political leader, which actually should be good news for her country. Keeping in mind that European nations were unwilling to shoulder the burden, the German government had little choice but to offer financial assistance and visa liberalization to Ankara as part of a renegotiated Readmission Agreement.

Although the EU-Turkey deal created a mechanism for the resettlement of Syrian refugees to effectively end new arrivals on the Greek islands, Merkel's domestic opponents had been trying to strong-arm the chancellor by taunting President Recep Tayyip Erdoğan, circulating doomsday scenarios about visa-free travel in the German media and claiming that Merkel was making too many concessions to Turkey. At a time when the EU faces actual problems, including the inability of multiple member states to manage their debts, creeping bigotry across the continent and the impending Brexit referendum, exploiting the memory of Ottoman Armenians was a welcome distraction for German politicians, including members of Merkel's own party. Provided that candidates are often expected to share their views on Turkey's EU membership in local elections, let alone national races, short-sighted populists had a field day.

Unfortunately, Merkel, fearing her objections to the politically motivated resolution would reaffirm the opposition's accusations, failed to rise to the occasion and let populism prevail over common sense, Germany's national interests and historical facts on Thursday. She bowed to domestic pressure to prove that she had not been brought to her knees by Turkey's political leadership. Instead of losing face, Merkel opted for inaction and proved incapable of true leadership.

German politicians had their fun on Thursday, but millions of German citizens woke up Friday morning to realize that they were stuck with the check and a terrible headache. Hours after the vote, Ankara recalled the Turkish ambassador to Berlin for consultation. The motion "could seriously impact German-Turkish relations," Erdoğan told reporters during an official visit to East Africa. "We will discuss and take necessary steps upon our return." This is the part where Merkel cleans up after her country's idiotic politicians.

Over the next few weeks, Merkel is expected to cozy up to the Turkish leadership by coming out in favor of closer cooperation between Brussels and Ankara and twisting Europe's arm to make progress on visa-free travel, among other issues, to keep the refugee deal intact. Unable to afford losing Ankara's support on illegal migration, she will bend over backward to keep refugees in Turkey where neo-Nazi gangs cannot reach them.

The Turkish people, however, expect Erdoğan and the rest of Turkey's political leaders to make Europe pay the price for Berlin's unacceptable claims - an Ottoman slap, as it were. Saving refugees' lives is not worth turning the other cheek to short-sighted politicians in Germany and elsewhere. Turkey should suspend the refugee deal without further delay, grant refugees safe passage to Europe and keep taking care of millions of asylum seekers whom the Turkish government and nongovernmental organizations had been assisting without outside help since 2011.

The controversial resolution adopted by German parliament on Thursday established yet again that European politicians have no genuine interest in the suffering of Ottoman Armenians or offering closure to their families. The issue remains an instrument to realize short-sighted and short-term political goals, blackmail people trying to solve problems and make racist remarks about an entire nation without consequences. And Turkey should not do business with politicians who lack the courage to shelter the memory of Ottoman Armenians from disrespect.
RELATED TOPICS