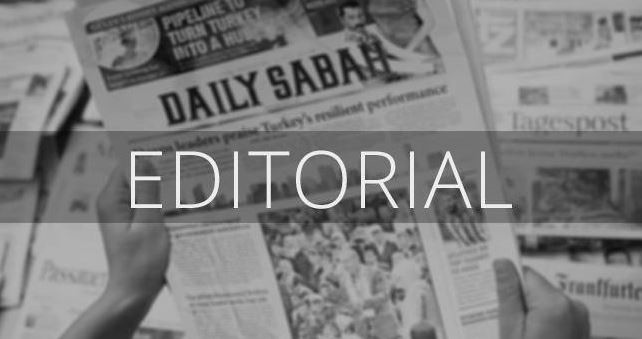 If you thought 2016 was a bad year for Turkish-German relations, then think again. Only eight weeks into the new year, Germany already accused Turkish imams of espionage, hosted events by the PKK, an armed group that both Ankara and Berlin consider a terrorist organization, and alienated Turkish officials by using the phrase "Islamist terrorism" in a press conference with the Turkish president in attendance. To add insult to injury, the Germans on Thursday cancelled a public event in the town of Gaggenau, which Justice Minister Bekir Bozdağ was planning to attend, citing security concerns and the lack of adequate parking space. Although German Chancellor Angela Merkel and her colleagues are desperate to appease the neo-Nazis in order to cling onto power in the upcoming election, the anti-Turkey campaign could come with a heavy price tag.

Germany's decision to deny the Turkish justice minister an opportunity to meet with Turkish citizens in Germany, who will vote in the April 16 constitutional referendum, upsets the Turks for various reasons. First, many people believe that the German authorities are meddling with Turkey's internal affairs by allowing the opponents of constitutional reform, including affiliates of the PKK, to campaign across the country while the "yes" campaign is denied the same opportunity. According to senior Turkish officials, the issue had come up during President Recep Tayyip Erdoğan's most recent meeting with Mrs. Merkel, who reassured the Turks that her government would not hinder efforts to get out the vote.

At the same time, the Turks believe that Germany is becoming more and more hostile toward both Ankara and the Turkish community in Europe. Over the past year, more than 10 violent attacks took place against immigrants and non-Germans. Meanwhile, Turkish imams – who have emerged as the most effective force against radicalization in Germany since the rise of Daesh – have recently been accused of spying. Finally, many Turks in the country feel under threat as German authorities provide a safe haven to individuals affiliated with the PKK, the Revolutionary People's Liberation Party-Front (DHKP-C) and the Gülenist Terror Group (FETÖ) in what appears to be an effort to strong-arm "Euro-Turks" into submission.

Judging by Germany's increasingly hostile attitude toward Turks and Muslims, many people understandably question whether the German government, best known for orchestrating the Holocaust around the world, crack down on the Turkish community under the pretext of integration. As mosques get torched by neo-Nazis and witnesses in the National Socialist Underground case mysteriously end up dead, anger will inevitably grow among non-Whites and non-Christians in the country.

One thing should be clear to everyone: Oppressing the Turkish minority will, sooner or later, hurt Germany's interests. Driving another nail in the coffin of multiculturalism and integration will not only alienate the 3 million Turks living in Germany but also compel them to resist and develop a stronger relationship with their native country.

Germany seems to be oblivious of the fact that the Turkish community in its midst is its best buffer against radicalism and any effort to restrict their democratic rights will result in a huge backlash. The German Turkish community remains attached to both its homeland and its adopted country, however, Germany, by denying their democratic rights, seems intent on forcing them to choose a side. Turkey has seen the Turkish community in Germany as a force to bring the two countries closer. German authorities' increasingly belligerent attitude toward Turkey and Turks, coupled with the politicians' proclivity to surrender to far-right sentiments, will definitely result in estrangement among Turks who made it their second country. This is unfortunate for both Turkey and Germany.

To help the German government come to their senses, Turkey should take several steps without further delay: Berlin's ties with German charities, which claim to be nongovernmental organizations, must be investigated and, pending the results, their activities must be restricted. German politicians, including members of the European Parliament, must be denied entry to Turkey. Finally, German troops stationed at Incirlik Air Base must be sent back home.

Every action comes with consequences. If the Germans wish to play with fire, they should expect to burn their fingers – sooner or later.