Yes to a brighter future 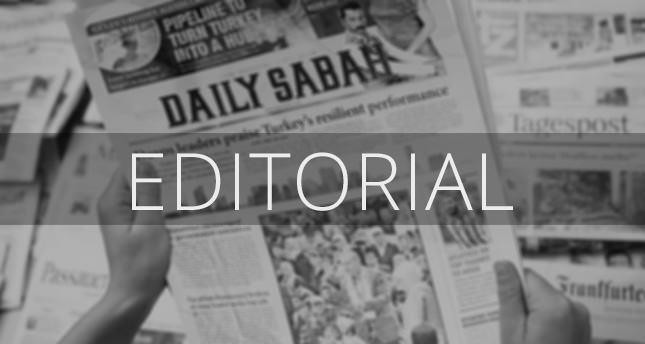 by The Editorial Board Apr 15, 2017 12:00 am
The Turkish electorate is being asked to decide on the future of Turkey's system of government, which will either be transformed into a presidential system or remain a parliamentary one depending on the crucial vote this Sunday. Last month saw supporters of both sides campaign to their heart's content, turning the country's streets into mobile debating platforms where apart from a few isolated instances, people were free to propagate whatever they believed.

It would be natural for any foreigner who wandered along Turkish streets in recent times to mistake the carnival atmosphere, with buses of all colors blaring songs, party activists stopping people to argue their cases, dozens of campaign rallies held by both sides, with an actual party rather than passionate people drumming support for what their political party supports.

Debates on social media were even more animated, with robust arguments for or against the constitutional changes aired without restraint, once again proving that Turkey's democratic maturity has attained a deservedly well-regarded level.

The electorate was also especially blessed by a truly peaceful atmosphere, with security agencies making sure no terrorist could tarnish what has proven to be a very civilized and open campaign season.

It must be said that the democratic maturity on display in Turkey was overshadowed only by the irresponsible crudeness of European leaders and the media. Some European countries that allowed free rein to terrorist groups to hold rallies deemed it appropriate to deny the supporters of the constitutional reforms to campaign in their countries. Some European politicians also openly took sides, campaigning side by side with the opponents of the change to persuade Turkish nationals living in their midst. Taking their cue from their leaders, the European media also got on the bash-Turkey bandwagon, making all kinds of accusations against the government and the constitutional changes it is proposing. They can be sure that all their campaigning on behalf of the "no" vote hurt their cause more than they believe.

Turkey currently is at the epicenter of a geopolitical turmoil of global proportions. The parliamentary system, as it has been practiced in Turkey until now, reacted to almost every crisis by totally shutting down. The political instability caused by coalitions and military-dominated governments that toppled at the first push has been a cause for internal and external instability since its inception. Without doubt Turkey has made significant advances in the past half a century during which it was governed by a parliamentary system. However, this progress was achieved not because of but in spite of the current parliamentary system. It should be clear to those who have an inkling of an idea how Turkey's parliamentary system works that the lost decades in social, cultural, political and economic terms were mainly due to the inability of politicians to weather the wild winds of the parliamentary system.

The governability defect inherent in the current system prevented parties that were elected by the people to properly work, forcing many leaders to spend more time politicking rather that governing. It is no surprise that only during one-party governments that Turkey made significant economic and social progress while multiparty governments produced nothing but stagnation and disorder. The present system, shaped by coup leaders whose priority was control before governance, has so many holes that it no longer can carry what Turkey has become.

Daily Sabah believes it is about time Turkey has a system of governance that reflects the boundless dynamism and limitless ambition of its young population, rather than a system that continues to ooze with dis trust toward the electorate and aims at gridlock in favor of so-called "social elites" that supposedly know better.

At a time when Turkey is faced with a range of threats, from terrorism to the south of its border to social instability and disintegration from the west, it needs a functional, effective and strong system of governance, which, if the referendum's result on Sunday is in the affirmative, it will have. The presidential system is also crucial for the execution and maintenance of the many democratic, social and economic reforms Turkey desperately needs but cannot execute due to the constant parliamentary logjam.

We, as Daily Sabah, believe the presidential system on offer correctly addresses many deficiencies in the parliamentary system and also expands the democratic will of the people. Parliament, which will act as the supreme supervisory body of the state, will be able to focus on the broader legislative agenda while the government, headed by the president, can handle the day-to-day running of the country.

We, as Daily Sabah, believe the presidential system offers the correct future Turkey and its people much deserve and therefore we wholeheartedly say "YES."
RELATED TOPICS