Inferno in the Middle East can consume the world 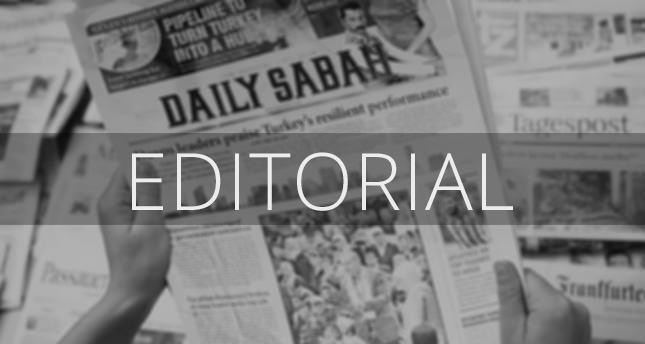 Since the start of the Arab Spring, sectarian and ethnic conflicts have been ripping the Middle East apart. By pouring fuel on the fire of Sunni-Shiite tension, geostrategic fault lines passing through the region are disturbed and historical equilibriums shaken.

Policies instigating this chaos and the consequent civil wars find encouragement from Western countries, which also try to contain the disorder they sowed, including terrorism, within the Middle East. The objective must be to fight fire with fire, hoping for the entire region to go up in flames of terror, conflict and bloodshed.

The success of this strategy is obvious when one looks at the civil wars, bloody ethnic entanglements and sectarian conflicts raging across the region while politically and economically bankrupt countries add to the list of failed states.

When one considers how the current state of affairs came about, it is certain that the Middle East cannot and should not be left alone to cope with this whirlwind. As the Middle East exports instability around the world, measures need to be taken not only to alleviate the humanitarian tragedy that is taking place, but also to eliminate the security threats emanating from Iraq, Syria and Yemen. Lack of action taken to counter the current and already gestating terrorist groups in these countries, toget-her with the huge risk posed by mounting danger sectarian violence, can only push the region to an even ghastlier version of what we are going through today.

Why do countries that should know better than to succumb to sectarian or ethnic hatred still take steps that will conflagrate the entire region? It is truly impossible to rationalize the recklessness displayed by certain Middle Eastern leaders.

There is a definite crisis of leadership in the international arena. Multinational bodies that should intervene prefer to wait on the sidelines, afraid to take any responsibility.

Under such conditions, it is imperative for Middle Eastern leaders to step up and resolve their divisions themselves. Rather than waiting for the outside guidance they crave, they need to exhibit the leadership qualities the region desperately longs for.

The refugee crisis and the torment these refugees live through daily in Europe should wake up the entire region, demonstrating the value of stability and responsibility. All countries need to assess the need of their people, the region and the world, in that order, before tackling any policy.

First of all, it is Iran that should reassess its expansionist, sectarian policies that are wreaking havoc across the region. Its proxy wars and strategy of instigating sectarian divisions will eventually come to haunt it.

Saudi Arabia should demonstrate its well-admired leadership qualities over its Gulf neighbors and initiate policies that build on the region's stability and prosperity.

Former U.S. President Barack Obama's administration failed miserably when it came to extinguishing the crises in the region. Its much anticipated replacement has similarly failed so far, stoking tension rat-her than acting as a world superpower. The gap the U.S. left behind has been filled by small-time players with narrow interests, escalating instability every passing day.

Let no one around the world be under the illusion that they are immune to the violence global irresponsibility has created in the Middle East.