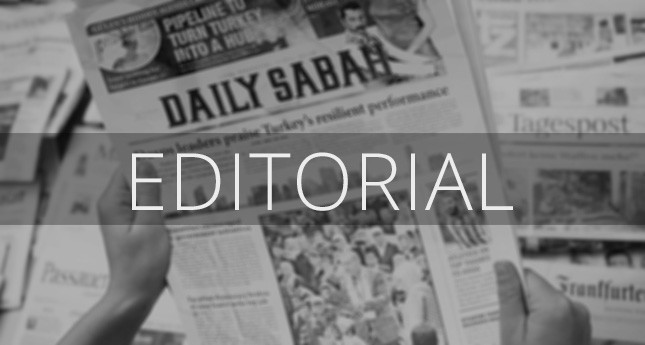 On Sunday night, German Chancellor Angela Merkel clashed with her chief rival Martin Schulz from the Social Democratic Party. With the highly anticipated general election due in just three weeks, the two candidates appeared on live television for more than 90 minutes in an effort to clarify their positions on a range of policy issues including immigration, social equality and highway tolls. Ironically, however, Germany's leading politicians spent most of their time on the spotlight talking about another country – Turkey.

Watching the debate on Sunday night, many people could not help but ask themselves whether Germany – the birthplace of the current wave of populism in the world, the neo-Nazi heartland and a world leader in hate crimes — had no problems except highway tolls. Why, one wonders, would two politicians from one of Europe's largest countries rather talk about another nation than address the electorate's concerns and uncertainty about pressing problems and their future.

To be clear, we understand that German voters themselves find themselves between a rock and a hard place ahead of this month's parliamentary election. Having to choose between two virtually indistinguishable politicians with no vision for the future is every voter's worst nightmare.

Fueling hatred toward Turkey among the German people might seem to Mrs. Merkel and Mr. Schulz like a surefire way to run a successful campaign, but the truth is that their actions can only ensure that Germany shoots itself in the foot. By attacking Turkey day in and day out, the supposed political "leaders" in Berlin are leaving the Turkish community in their country unsettled. At the same time, their assaults against Turks in Germany fuel anger among Turks elsewhere against Berlin. Moving forward, the shortsightedness of two brands of populism in Germany will bring inter-communal tensions and chaos to the doorsteps of Europe's self-proclaimed bosses. It is shocking, to say the least, that German politicians cannot realize the simple fact that Germany cannot lead if it has to spend time and energy on domestic issues.

The seeds of hatred that people like Mrs. Merkel and Mr. Schulz plant today will drag Germany into another social and political crisis in the near future. In an effort to stay on top today, both politicians proved willing to partake in a race to the bottom. Sadly enough, their recklessness will spell doom for Germany's future generations.

Today, it is our responsibility to warn German politicians to refrain from similar actions in the future. Instead of dragging their country into chaos and backtracking on the promise of what Germany was at some point, they must act responsibly.

Sunday's television debate established once again that German politicians are unable to engage with real problems in a responsible manner and move the public debate in the right direction. Under the circumstances, the country has no choice but to tap into its vast intellectual wealth. Germany's intellectuals must step up and force their country out of the vicious cycle of racism, xenophobia and discrimination that their politicians choose to reproduce.