The case for Turkey's military incursion into northeastern Syria 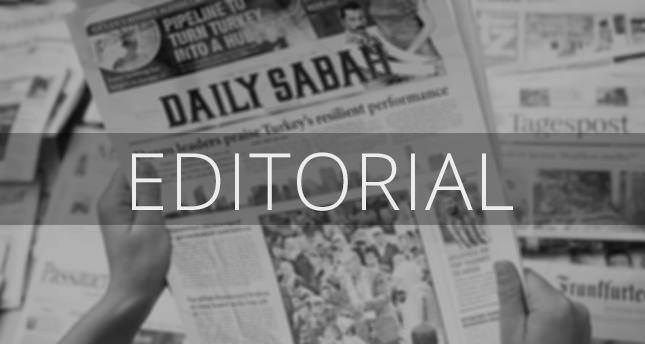 U.S. President Donald Trump's decision to withdraw American civilian and military personnel from Syria is a welcome – albeit overdue – development. Other countries, including France, must follow suit and remove their forces from the conflict zone. To keep Iran and the Bashar Assad regime from those areas and stop the terrorist organization PKK and its Syrian component, the People's Protection Units (YPG), from reviving the Daesh threat, Turkey must launch a military incursion in northeastern Syria without further delay.

Driving out the organization from the east of the Euphrates river is the best way to permanently address the problem of illegal immigration. Home to more refugees than any other country in the world, Turkey is a transit route for illegal immigrants trying to reach Europe. Many Syrian refugees remain in Turkey because their native lands are still occupied by PKK/YPG militants. Among them are tens of thousands of Syrian Kurds who cannot return to their homes because they see the PKK as a terrorist organization – as do Turkey, the United States and the European Union.

According to a comprehensive report released by the Interior Ministry's Directorate General of Migration Management, approximately 280,000 Syrian refugees in Turkey have so far returned home thanks to the two major Turkish anti-terror offensives, namely Operation Euphrates Shield and Operation Olive Branch. By creating the conditions necessary for the voluntary and permanent return of hundreds of thousands of refugees to northeastern Syria, Turkey can alleviate its own financial burden and help its European allies solve the problem of illegal immigration.

Targeting the planners and perpetrators of future PKK/YPG terror attacks before they can act is the most effective method to protect Turkish citizens. The Barack Obama administration's decision to outsource the counter-Daesh campaign to another terrorist organization was strategically and morally wrong. That decision made it possible for PKK/YPG militants to carry out devastating terror attacks, including suicide bombings against civilian targets, behind the smokescreen of counter-Daesh operations. Moreover, the group used underground tunnels to smuggle weapons, ammunition and explosives into NATO territory. Keeping in mind that the Pentagon "lost" $1 billion worth of military equipment in Iraq before they ended up in the hands of terrorists, Turkey cannot afford to ignore the possibility that U.S. weapons will be used against its citizens.

The potential resurgence of Daesh is another source of concern. Having suffered dozens of casualties in Daesh attacks over the years, the Turkish people are all too familiar with that threat. The New York Times reported Thursday that the PKK/YPG was planning to release some 3,200 Daesh prisoners to get back at the United States. This effort to perpetuate the Daesh threat is reminiscent of the group's secret deal with Daesh to let hundreds of bloodthirsty terrorists leave Raqqa. Before accusing the Donald Trump administration of betrayal, The Washington Post and other media outlets must take a step back and question the PKK/YPG's motives.

Finally, containing Iran's regional influence is a key priority for the United States and others. Turkey can help them by deploying its troops to northeastern Syria before PKK/YPG leadership can cozy up to the Assad regime and/or Iran. In addition to stopping Tehran's proxies from radicalizing Sunni and Shiite communities in Syria, Turkey can build on preliminary talks for normalization with Israel to ensure the safety of its fellow Western ally. Restoring full diplomatic relations with Tel Aviv would facilitate closer cooperation between the two countries in the post-American Syrian theater.