The global coalition must support Turkey to end Daesh 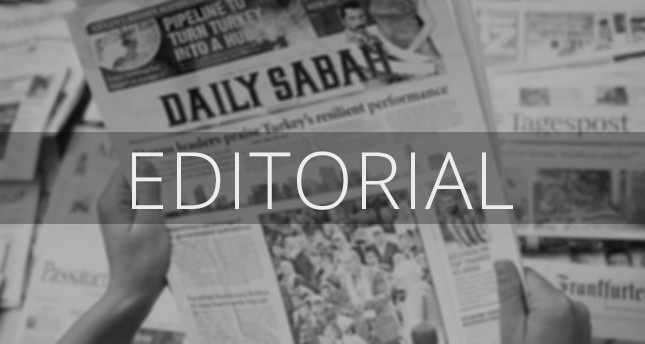 Foreign ministers in the Global Coalition to Defeat Daesh will meet in Washington today to hold talks on the elimination of the territorial caliphate, the prevention of a resurgence of terror attacks and the restoration of peace and stability in the conflict zone. The meeting is taking place at a key moment, as U.S. President Donald Trump and America's foreign policy elite fight over Washington's imminent retreat from the battlefield, threatening to exacerbate the problem at hand. To ensure Daesh's lasting defeat, the coalition must place its trust in Turkey, Syria's only neighbor with the ability and determination to stabilize the combat zone.

After years of fighting, Daesh influence has eventually been eliminated. Yet, the international community's sacrifice will be in vain unless the fight against Daesh and non-state groups continues without interruption. To ensure success, all 79 members of the coalition must support a new counterterrorism strategy that promotes effective and close cooperation among nation states. This struggle against terrorism should also target sub-state actors such as the People's Protection Units (YPG) – the PKK terrorist organization's Syrian affiliate. If not, the region will go on suffering from the fear of terror.

In recent years, Daesh has been humbled into an ordinary terrorist group. The coalition's members have a responsibility to facilitate closer cooperation among their law enforcement and intelligence agencies to identify terror suspects, prevent deadly attacks and save innocent lives. As a first step, they must prevent the outflow of foreign terrorist fighters from Syria – which they reached in the first place thanks to the lack of readiness and vigilance from source countries – and their return to Europe and other parts of the world.

The coalition must trust Turkey to accomplish those goals. Daesh may have been born in Iraq, but it carried out some of its deadliest attacks against Turkish citizens. In recent years, the country has successfully cracked down on terrorist networks at home. As a matter of fact, there have been no major Daesh attacks on Turkish soil in more than two years. In the wake of the United States' withdrawal decision from the battlefield, letting Turkey, which shares a land border with Syria and therefore has skin in the game, enforce the proposed 32-kilometer safe zone in northern Syria is the only reasonable call.

For years, Turkey rightfully maintained that the birth and rise of Daesh was a byproduct of popular grievances, violence and instability in Syria and Iraq. Permanently restoring peace and stability in the region is the only way to deal a deadly blow to all terrorist groups on the ground.

Turkey has already proven that it has what it takes to achieve success. The Turkey-led Jarablus model, under which the country helped locals rebuild and govern their communities, embodies its vision for the reconstruction and restabilization of Syria.

Home to some 4 million Syrians, Turkey has a vested interest in draining the terrorist swamp next door to facilitate the voluntary and permanent return of internally displaced persons and refugees to their homes. By reversing wartime ethnic cleansing and rebuilding former Daesh strongholds, such as Raqqa, the Turks promise to make the problem go away for good.

In today's meeting, all foreign ministers of the coalition must remember that they cannot let ideology get in the way of real progress. If the world does not act now, places like Raqqa will turn into cradles of armed insurgency in no time. Working with and through Turkey is the only option for the international community and the safe zone plan is here to be the sole on-ground plan to help bring stability to the region