Coup generals should not get away with murder 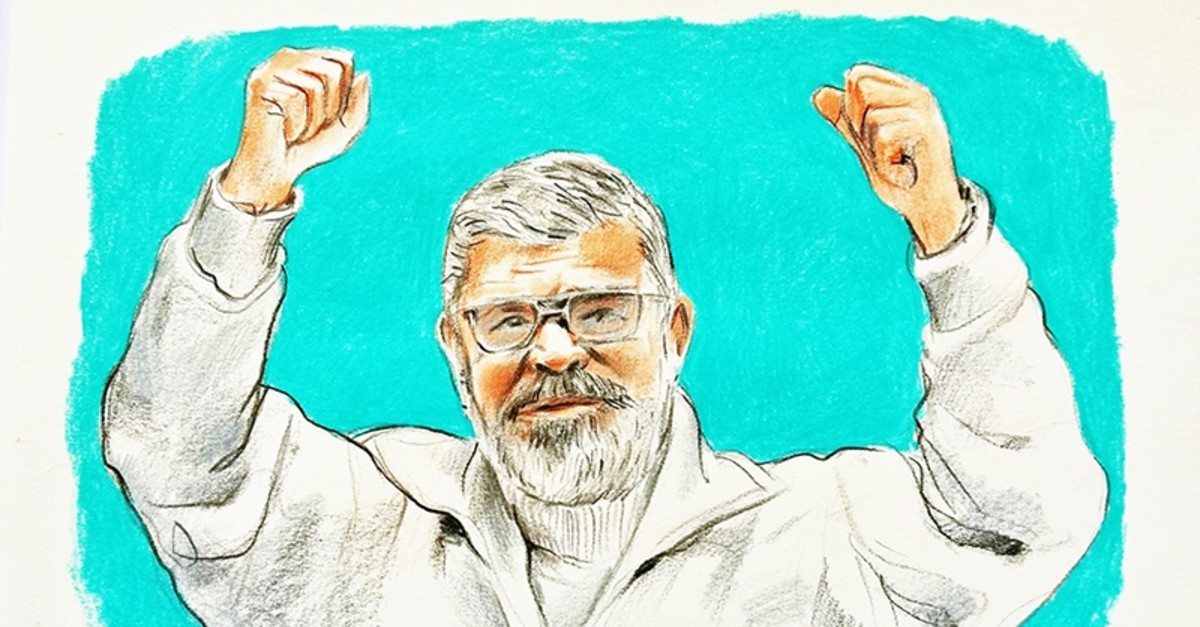 Mohammed Morsi, Egypt's first democratically elected president, died Monday after he collapsed in a courtroom. The former engineer turned politician was 67 years old and in custody since his overthrow by the country's military commanders in 2013. Prior to his death, Morsi had been sentenced to decades in prison on trumped-up charges of leading an illegal organization and leaking state secrets. The fact that the country's first democratically elected leader ended up breathing his last breath inside a soundproof glass cage, on the seventh anniversary of his election victory, speaks volumes about the state of Egyptian democracy today. What is more tragic is that Morsi's death is nothing less than a murder and Western leaders turned a blind to it.

Gen. Abdel-Fattah el-Sissi, the usurper president, oversaw the swift return of military dictatorship to Egypt. Although Western leaders, including former U.S. Secretary of State John Kerry, were quick to hail the former chief of the Armed Forces as a savior of democracy, tens of thousands of political activists remain behind bars in Egypt. To make matters worse, no less than 15 individuals have been executed since the start of the year after being sentenced to death in show trials. At the same time, enforced disappearance has become "a key instrument of state policy in Egypt" since Morsi's removal from power.

The Egyptian president's passing sent shock waves across the country and the Muslim world. Spokespeople for the Muslim Brotherhood and the Freedom and Justice Party described Morsi's death as "premeditated murder" and an "assassination." They recalled that Morsi had been kept in solitary confinement for years in violation of his fundamental human rights. "History will never forget the tyrants who led to [Morsi's] death by jailing him and threatening to execute him," Turkish President Recep Tayyip Erdoğan said in a televised speech Monday. "May our martyr's soul rest in peace."

Mohammed Morsi's untimely death casts further doubt on the international community's commitment to human rights and democracy. Having staged a bloody coup d'état, Egypt's usurper-president continues to be treated as a legitimate leader. Earlier this year, representatives from 28 member states of the EU traveled to Sharm el-Sheikh for an Arab-European summit despite mounting criticism over the choice of location. Meanwhile, the U.S. and others turn a blind eye to the Egyptian regime's human rights violations for the sake of political interests.

What happened in an Egyptian courtroom Monday also serves as a reminder that Egypt continues to be rewarded for going rogue. The U.S. backtracked on a temporary freeze on financial and military aid to Egypt in 2015, claiming that the country was taking serious steps to address its democratic deficit. Germany and other countries, which portray themselves as the vanguards of democracy whenever convenient, have since rolled out the red carpet for Gen. el-Sissi, avoiding uncomfortable subjects like the mass imprisonment of political activists in Egypt.

We join the world in demanding an independent and impartial investigation into President Morsi's passing. The U.N. Human Rights Council, which investigated the murder of journalist Jamal Khashoggi inside Saudi Arabia's Consulate in Istanbul and other atrocities by Egypt's allies, must look into the circumstances surrounding Morsi's death.

Mohammed Morsi's death must not be in vain. The international community must put pressure on Egyptian authorities to release all political activists, including journalists and academics, from prison and stop the witch hunt against the Egyptian people.