Boys in Washington should stop playing with sanction toys 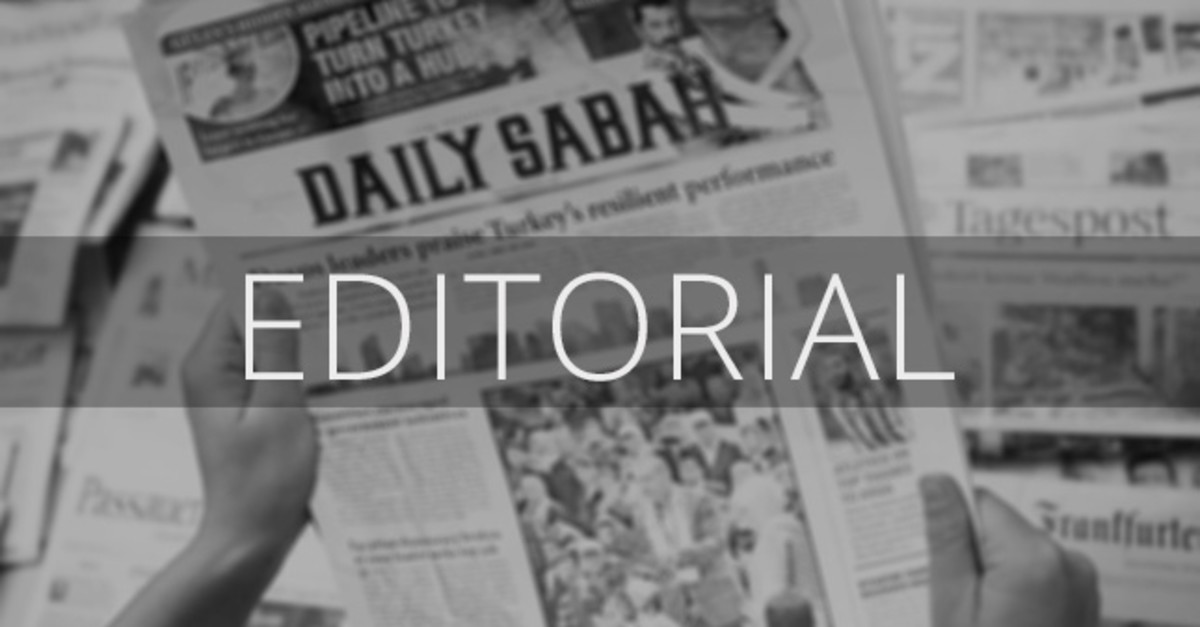 by The Editorial Board Oct 16, 2019 7:11 pm
Vice President Pence and members of the United States delegation,
Welcome to Turkey.
Here’s what you need to know – just the basic facts:
Turkey, like the United States, sees Daesh as a terrorist organization. The group carried out multiple terror attacks to kill hundreds of innocent people on Turkish soil. Turkey responded to those attacks by putting boots on the ground – which the Obama administration refused to do – and killing or bringing to justice thousands of Daesh militants. Today, the group still poses a serious threat to Turkey’s national security, partly because the PKK terrorist organization – which the United States, according to President Donald Trump and Turkey, has trained and armed— grants Daesh access to the Turkey-Syria border. But you already know that.
Turkey and the United States see the PKK as a terrorist organization as well. Among other things, the group is responsible for killing no less than 40,000 innocent people over the last four decades. The People’s Protection Units (YPG), which occupied a large chunk of Syria’s territory with the Pentagon’s help, has been PKK’s Syrian wing since 2003. It has been planning terror attacks against Turkey and training terrorist fighters in camps across northeastern Syria, enabling Turkey to exercise its right to self-defense. But you already know that, too.
Turkey hosts more refugees than any other country in the world. Close to 4 million of them are Syrian nationals – including some 400,000 Kurds who fled YPG-controlled areas. Since 2011, Turkey spent more than $40 billion to meet the refugee community’s basic needs like housing, education and health care. That’s right – you already know that.
As President Trump repeatedly pointed out, the current mess in Syria is a direct outcome of the Obama administration’s misguided foreign policy. Without telling the American people, a small circle of crooked politicians and self-interested bureaucrats trained and armed a designated terrorist organization with taxpayer dollars – hoping that they could pit one set of terrorists against another. In the end, America’s “local partners” pointed their taxpayer-funded guns at Turkey – a loyal NATO ally. To make matters worse, the Obama administration blocked a Turkish attempt to purchase the Patriot missile system, just as it kept delivering heavy weapons to the PKK in Syria. Wait, you already know that!
Turkey said for years that it would not tolerate a PKK-controlled quasi state across its southern border yet waited patiently until Daesh was defeated. Washington paid lip service to Turkish concerns but failed to keep its promises. Remember Manbij? The Turks agreed to the deployment of PKK militants to this former Daesh stronghold to facilitate the Raqqa campaign. U.S. officials reassured them that PKK would withdraw from this predominantly Arab area once Raqqa was liberated. That promise, like many others, was broken. But you already know all that.
Members of the “resistance” within the Trump administration wasted everyone’s time and left Turkey no choice but to take matters into its own hands. For Turkey, this is not a fight between Turks and Kurds. It is an overdue counterterrorism operation. We know, you already know that.
Turkey wants to establish a safe zone to enable the voluntary and safe return of refugees. As we mentioned before, 400,000 of those refugees are Syrian Kurds who fled YPG terror. If you don’t want them to return home, would you consider admitting them to your country, if you haven’t already built a wall to keep them away as part of your efforts against other refugees?
Today, Turkey and the Syrian National Army (SNA) are creating a safe zone that the U.S. tried to stall for years. For the record, the Turks have no intention whatsoever to abort this mission. If the U.S. wants to play the peacemaker, it should spend its time and energy on pushing terrorists away from the Turkish border and collecting the weapons it supplied them.
To impose sanctions on Turkey now will be one of the greatest mistakes in U.S. history. The U.S. officials dealing with Turkey must understand that Turkey is not some banana republic or artificial Middle Eastern state that they can push around.
This is especially true because Turkish people are united against the terror threat and feel betrayed by their Western allies. Taking actions against the Turkish economy would alienate all social groups simultaneously.
Of course, sanctions will have negative consequences for the Turkish economy but it will also cause irreversible damage to the U.S. Losing a strong and strategic ally like Turkey will lead to the decline of the U.S.’ global leadership. By acting hostile against Turkey, the U.S. will create a black hole on the map that will destroy Washington’s superpower status in the region.
Turkish people have been around for thousands of years and will continue to be. Maintaining hostilities against Turkey will only serve isolating the U.S. in the region. This approach will leave Washington with no one to cooperate with in the region.
President Trump and others are right to push for an end to endless wars. Yet Washington needs to bring endless sanctions to an end too. The boys in Washington should stop playing with their sanction toys. In addition to not getting America anywhere, randomly imposing sanctions on U.S. allies makes Washington the laughing stock of the world.
Last Update: Dec 20, 2019 1:05 am
RELATED TOPICS