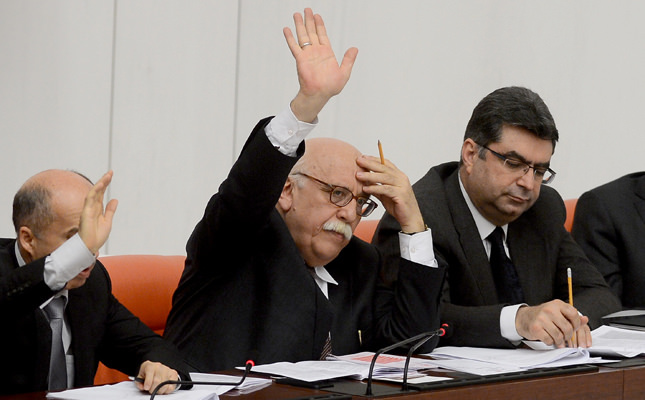 All preparatory schools to be shut down by September 1, 2015

Turkey's parliament has passed a bill to close down thousands of private schools, many of which are run by Fethullah Gülen, who is locked in a bitter feud with Prime Minister Recep Tayyip Erdoğan.

The move will strike a blow to Erdoğan's ally-turned-rival Fethullah Gülen, for whom the schools are a major source of income, as he stands accused of seeking to topple the government with a damaging corruption scandal.

The bill, which was approved late on Friday, sets September 1, 2015 as the deadline to close down the network of schools.
There are around 4,000 private schools in Turkey, including an unknown number of preparatory schools run by Gülen Movement.

Tensions have long simmered between Erdoğan and Gülen, who once worked hand-in-hand as the conservative pro-business middle class rose at the expense of the military and former secular elite.

Erdoğan said at the time he wanted to abolish an unfair education system. "Those who benefit from these courses are the kids of rich families in big cities," said the PM, who himself hails from humble roots.

Erdoğan accused so-called Gülenists implanted in Turkey's police and judiciary of instigating the corruption probe in a bid to undermine his government ahead of local elections on March 30 and presidential elections in August.

At an election rally in the northwestern city of Kirklareli, Erdoğan accused Gülen loyalists of "espionage" that threatened national security and warned that they would pay a "heavy price".

"They wiretapped Turkey's very confidential and very strategic conversations, and disclosed them to other (enemies)," he said. "Can there be such treachery and lowness?"

Observers say the Gülen Movement risks losing millions of dollars in revenue once its Turkish educational institutions are closed down under the new legislation.

Gülen, who has been living in the United States since 1999 to escape charges of plotting against the secular state by the then-government, has denied any involvement in the corruption probe.
Last Update: Mar 01, 2014 7:42 pm
RELATED TOPICS