UNICEF to build 30 schools for Syrian children in Turkey 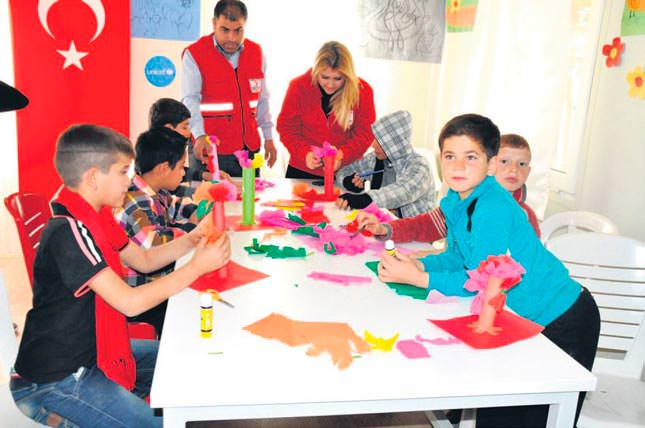 Ayman Abulaban, UNICEF Representative in Turkey, said the agency was working in coordination with Turkish Ministry of National Education to help the children. Along with prefabricated schools, UNICEF will help education efforts by training teachers who live in refugee camps and employ them.

Abulaban noted that about 1 million Syrians took refuge in Turkey after the conflict erupted and that imposed a heavy burden on the country. "Turkey has been handling the crisis very well since the beginning," he said. UNICEF representative stated Turkey and UNICEF also commenced projects to protect and help Syrians not staying in refugee camps. He called on other countries to help Turkey and other countries hosting refugees for their efforts to take care of Syrian refugees. Abulaban also spoke about UNICEF's work to help children in the refugee camps and said they allocated "child-friendly spaces" at the camps. In those spaces, children engage in musical activities, perform in stage plays, learn to paint. The spaces allow relief for children who suffered from the ordeal of the conflict.