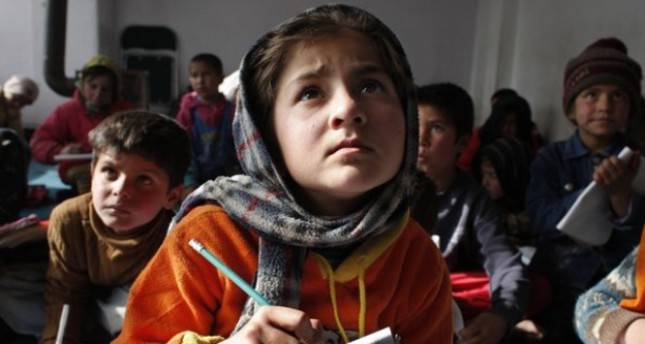 by AA
Apr 25, 2014 12:00 am
ANKARA — The number of books published in Kurdish quadrupled in 2013, rising to 413 from 101 in 2008, according to figures supplied by Turkey's official statistics agency TurkStat. With 196 books, Kurdish adult fiction was the most popular category among books published.

Kurdish shares the top spot with French among languages with the highest increase in the number of publications over past years.
Adult culture books followed fiction among published Kurdish works and were followed by children's, educational, academic and religious books.

The Kurdish language, not recognized by the Turkish state for decades, made a comeback in past years. The state-run Turkish Language Association (TDK) compiled a Kurdish-Turkish dictionary, a landmark publication for Turkey.

Kurdish was introduced as an elective course in schools across Turkey last year, along with other languages such as Adyge and Abkhazian.

Before offering elective courses in Kurdish, the government removed a ban on education in Kurdish. Now, private schools are free to teach in Kurdish as well.

In 2012, the government launched a reconciliation process and passed a series of reforms to end the decades-old conflict and restore rights to the Kurdish community

A fifth prosecutor was assigned to an investigation into the suspicious deaths of five engineers, all of whom worked for a defense company specializing in secret military projects. Mustafa Başer will replace Hakan Büyükabacı as the fifth prosecutor investigating the string of deaths which first began in 2006 among engineers working at Military Electronic Industries (ASELSAN), a company set up by the Turkish Armed Forces Foundation.

A series of suspicious murders began in 2006 when engineer Hüseyin Başbilen was found dead in his car in the capital Ankara with cuts on his wrists and neck. The first prosecutor assigned to the case ruled it was a suicide and did not pursue the case further, but the deceased engineer's family objected to prosecutor's decision. Nevertheless, investigation was shelved for a long period. Prosecutors on the Ergenekon and Balyoz cases, in which dozens of people stood trial for plotting against the government, uncovered information that could implicate the defendants in deaths. Veli Dalgalı, the second prosecutor assigned to the case, found that a report on the postmortem examination of Başbilen's body was modified and a USB drive found at the scene was missing.

The prosecutor asked for a new postmortem examination.

As the investigation continues, suspicions have arisen over other deaths that initially were ruled to be suicides or tied to natural causes.
Başbilen worked on ASELSAN projects involving a domestic- made sniper rifle as well as projects to produce tanks and warplanes. Seven months after the death of Başbilen, Halim Ünsem Ünal, 29, another ASELSAN employee, was found with a bullet in his head in Ankara's Gölbaşı district.

The investigators ruled his death as suicide. An electrical engineer, Ünal was working on modernizing Turkey's F-16 fighter jets. One week later, Evrim Yançeken, an ASELSAN electrical engineer, fell from the balcony of his apartment on the sixth floor and died. His death, again, was ruled suicide.

Yançeken, 26, was allegedly depressed as he labored to complete his university thesis.

In 2008, Zafer Oluk, a former employee of ASELSAN who was working on secret projects according to media reports, died of electrocution during his compulsory service at the Turkish army. He was fixing a power supply at the military base when he died.

One year later, Burhaneddin Volkan, another ASELSAN engineer, committed suicide while he was serving in the army like Oluk. His family objected to the findings of the initial investigation by prosecutors but the investigations continued.