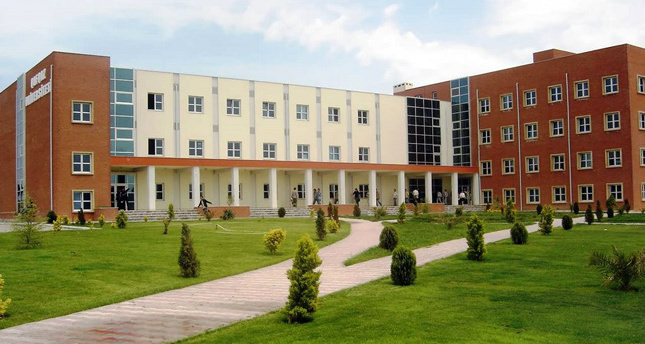 by Daily Sabah Jun 19, 2014 12:00 am
Schools and educational institutions affiliated with the Gülen Movement in Azerbaijan have been closed due to numerous reasons including additional costs, financial problems and management issues.

The closure was announced by the State Oil Company of Azerbaijan (SOCAR) which has in the past year acquired schools owned by the Gülen Movement called Çağ Öğretim İşletme (Çağ Educational Enterprise). The Azerbaijani International Education Center (UEM) had a meeting and decided that the operation of schools would be a financial burden for them.

The report shows that the movement controls assets of over $2 million (TL 4.28 million) in the country and "presented gifts to influential people in Azerbaijan" worth $732,000, implying bribery, as well as expenses for "friends in state agencies." The letter states that the movement has trouble transferring finances to Turkey "for obvious reasons," possibly referring to the fallout between the government and the movement, and asks for Gülen's advice on the matter.

The Gülen Movement is an influential group that evolved from a religious congregation to a network of followers united by anti-government ambitions. It operates schools in numerous countries around the world, including Azerbaijan. Following the Dec. 17 operation, during which Gülenists launched a campaign against the government under the guise of a graft probe, the government moved to purge members of the organization in state and government agencies.

According to unconfirmed media reports, the administration in Azerbaijan, which maintains close ties with Turkey, allegedly sacked a senior presidential adviser to President Ilham Aliyev over his ties to Gülenists and launched a probe into the activities of Gülenists in Azerbaijan. Currently there is a case investigating the Gülen Movement's involvement in the infiltration of state institutions and media sources claim witnesses pour in to the courts to give testimony about their experience.

It is expressed that a number of witnesses, some of whom are senior police chiefs and military officers of the Turkish Armed Forces request to remain anonymous and they give crucial information about the movement's connections with public services and institutions. Three prosecutors in the Counter terrorism Department collect and record the information and files given by witnesses while some claim Fethullah Gülen who is the leader of the movement could be facing extradition charges in the case that he is convicted.