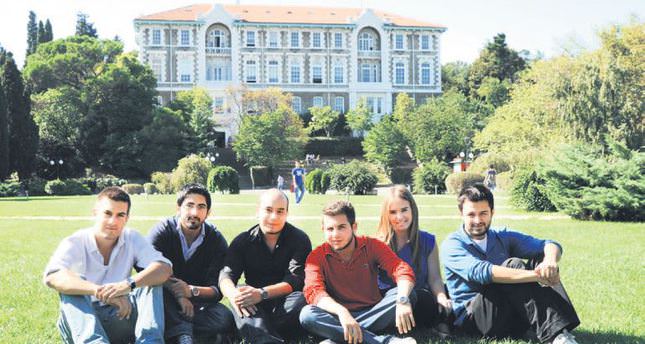 Five Turkish universities made it in the 2014 Times Higher Education Asia University Rankings, the eponymous magazine's prestigious listing evaluating 100 universities in the continent, from the Far East to the Middle East.

Boğaziçi University, founded in 1863 by an American educator and an American businessman as Robert College, later renamed Boğaziçi University in 1971, is one of the most prestigious higher education institutions in Turkey. Its alumni include Foreign Minister Ahmet Davutoğlu, former prime minister Tansu Çiller as well as acclaimed director Nuri Bilge Ceylan. Istanbul Technical University, which traces its roots to the 18th century, is the leading university especially in the fields of engineering and architecture.

In their comments accompanying the list, the magazine's editors said "Turkey, one of the so-called 'MINT' countries identified by economist Jim O'Neill as an exciting economic and demographic prospect, is bursting with potential in ranking terms. These tables demonstrate its strength: it should be very encouraging for Turkey to see its top two institutions rising significantly, despite strong performances from Japan, China and South Korea."

With five universities, Turkey dominates the list in the category of Middle East which includes Israel, Iran, Saudi Arabia and Lebanon.
Turkey has about 5.5 million university students, with 62 percent of them undergraduates and 32 percent studying for associate degrees, and draws more international students every year although it faces a shortage of academics in terms of staff-to-student ratio, according to the Council of Higher Education (YÖK).

The list is compiled with data provided by Thomson Reuters. While compiling the list, editors use the figures of research income, staff-to-student ratio, degrees awarded, institutional income, average citations per paper by university's academia, volume of scholarly papers, international students and the number of total students and staff.