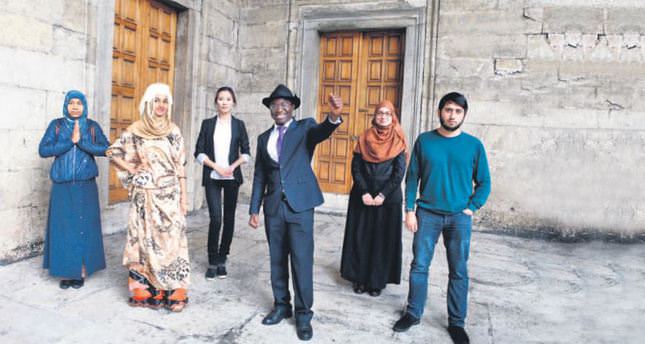 The Prime Ministry's International Students Department plans to transform the country into an education hub by allocating $96 million in scholarships to increase the number of foreign students studying in Turkey from its current level of 54,000

Turkey is increasing its international scholarships in an effort to become a global education hub, according to officials. There are presently more than 54,000 international students from around the world enrolled in Turkish universities with over 13,000 of them funded by the government's education programs. "Turkey aims to have more than 200,000 international students by 2023," said Serdar Gündoğan, head of the Turkish Prime Ministry's International Students Department. Turkey has allocated about $96 million (TL 203.9 million) on government scholarship programs for 2014, a new record, Gündoğan said.

Afghanistan has the largest number of students in Turkey, followed by Azerbaijan and Kosovo. Africa's share has increased in the last three years due to the changing Turkish policy toward the continent, which involves outreach and financial aid, Gündoğan said. Nearly 90,000 applications from 176 countries have been filed for the coming academic year, reaching the highest number so far. There were 56,000 international applications in 2013 and 44,000 in 2012.

There are more than 20 scholarship programs available from the Turkey Scholarship program, Gündoğan said. Medicine and engineering are the most popular majors, but international relations and economics are also popular. "There are more than 4.5 million international students across the world," Gündoğan said, "We have only 1.1 percent of the total, with 54,000 students. We aim to increase Turkey's share." "There has been growing interest in this program from Latin America. Colombia is the leading country in terms of applications received and enrollment with about 400 applicants in 2014," he added.

The motivations for pursuing a higher education in Turkey vary from student to student. "To learn a new language, experience the huge economic developing process of Turkey at the same time as studying is a unique opportunity for me," said Lebohang Matsoso, who is from Lesotho. He is working toward a master's degree in public law at Anadolu University. "To be taught in the prestigious educational facilities in Turkey was my dream," he said.

Non-scholarship students also receive attention from the Turkish government program. They are monitored and supported by the projects designed for international students. Turkey started "The Great Student Project" in 1992 to form strong cultural ties with Central Asia, the Caucasus and Balkan countries by funding graduate students. In 2010, the Presidency for Turks Abroad and Related Communities was established to update education policies. Since 2012, the Türkiye Bursları, or Turkey Scholarship, has been used by the presidency to organize and finance international education in Turkey. Since the 1950s more than 80,000 international students have graduated from Turkish universities.
RELATED TOPICS