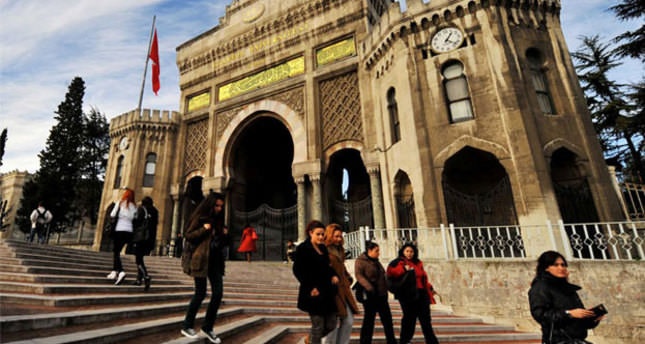 by Safure Cantürk Jul 26, 2014 12:00 am
The appetite among Turkish students for the liberal arts, especially physics, chemistry and biology, has plummeted, according to new figures. The Student Selection and Placement Center (ÖSYM) announced the university placement results following last month's university entrance exam. The results show physics, chemistry and biology studies have slipped in popularity among students, despite a TL 2,000 scholarship offer from the state-run Scientific and Technological Research Council of Turkey (TÜBİTAK) to students who achieved a high score in the university entrance exam LYS.

Although the additional placement vacancies for many universities decreased this year, many universities, including prestigious institutions, could not find students for science programs with only two students at most choosing science studies. Biology departments are available in 56 Turkish universities and the Higher Education Council (YÖK) that oversees universities allocated 1,557 placements in total for those departments.

The drop is attributed to the mining disaster in May that killed 301 miners in the western Turkish town of Soma. The catastrophe revealed widespread negligence in the mine's worker safety procedures. Over 1.2 million students took this year's Undergraduate Placement Exam (LYS) and 397,216 students were placed into undergraduate degree programs while over 336,000 students were admitted to associate degree programs. A total of 59,012 placements allocated for students in both programs remained vacant.

The majority of students who succeeded in the exam were those in their senior year of high school while students from vocational high schools scored lowest. University entrance exams, a tribulation for students who work day and night to score highly or wait for another year, will likely be replaced with a new system. The Ministry of National Education plans to abolish the oft-changed exam system with a series of exams focused on students' skills and knowledge in one field instead of having to study all subjects.
RELATED TOPICS