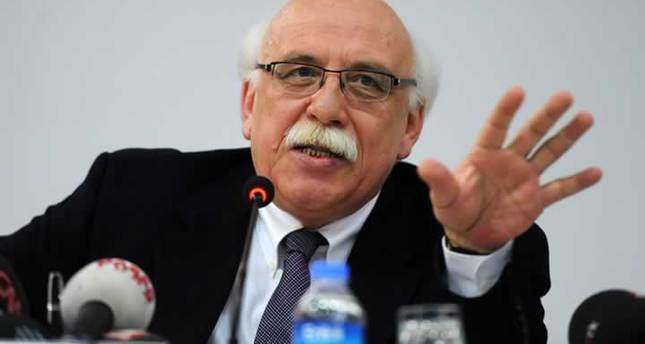 by AA Aug 08, 2014 12:00 am
The Turkish Minister of National Education Nabi Avcı has denied media reports that students were forced to enrol in imam-hatip schools, schools primarily focused on teaching Islamic theology, by his ministry.

Answering a question whether the reports were true, that students had to choose nearest imam-hatip schools when their grades were not good enough to enrol in a school of their preference, Avcı said it was "a misperception." "Students fill in a list of high schools they want to enrol in and choose 15 schools in line with their score in their high school entrance exam. They are free to choose any school they want to enrol in as long as their scores are sufficient for admission," he said.

Avcı said they presented an alternative list for students whose scores were not good enough for admission. "This second list includes schools such as a science high school, a social sciences high school, a imam-hatip school etc. They have six options in total in the alternative list and they can choose four out of six types of high schools in that list," he added. Avcı said students will then be admitted into a school from that list with the available quota. "If they do not prefer imamhatip schools, they can choose any other type of school. They will not be enrolled in a school that they didn't choose in the first place," he said. The minister said the students can also join a school they favored more after they applied to another one if the quota in the more favored school is not filled after the deadline for applications. Avcı said the media reports painted imam-hatip schools like schools "no one volunteered to enrol in, so the ministry forced students to enrol in." "This is not true. There is a high demand for imam-hatip schools.
For instance, students seeking to enrol in those schools in Istanbul cannot find vacancies. This applies to many other cities as well," he stated. The media reports that alleged the ministry forced students to enrol in imam-hatip schools by narrowing down their options surfaced after the main opposition Republican People's Party (CHP) released a dubious audio recording of a conversation between representatives of several nongovernmental organizations and Ministry of National Education officials. In the recording, NGO officials were purportedly urging the ministry officials to increase the number of students admitted at imam-hatip schools.

Every year, students take the transition from Primary to Secondary Education (TEOG) exams for entrance to the high schools. Exams, introduced last year, are held on six subjects for grades six, seven and eight. They replaced a single nationwide exam. Students are able to choose any school of their preference based on the scores they achieved in the exams and in line with vacancies at high schools.
Last Update: Aug 08, 2014 2:10 am
RELATED TOPICS