Assyrians of Turkey to open their own school 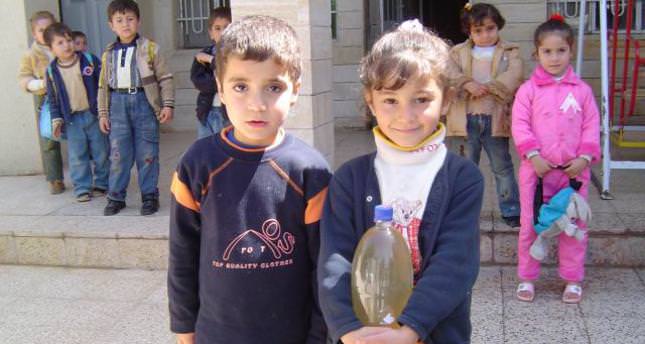 by Erhan Öztürk Aug 29, 2014 12:00 am
Turkey's Assyrian community regain right to start a school, 86 years after their sole school was closed. A nursery school located in Istanbul's Yeşilköy district will be opened after an approval of its curriculum. Encouraged by the Turkish government's reforms to restore rights of minorities in the country, the Assyrian community have applied to a court in Ankara for the opening of a school. The Ministry of National Education has aked the Assyrians to prepare a curriculum.

A lecturer from Artuklu University in the southeastern province of Mardin where the Assyrian population is concentrated, drafted a curriculum in Assyrian. An Assyrian church foundation rented a triple-storey building in Yeşilköy on Istanbul's European side for the nursery school and a staff of six teachers were appointed. The school now awaits approval of the ministry to start the academic year next week.

Sait Susin, director of the Virgin Mary Assyrian Church Foundation, said the developments regarding the rights of minorities in the past decade motivated them to open the school. "Previously, we couldn't even dare to speak about it, fearing reactions. Now, we can easily talk to the prime minister and other officials about our problems. This is an important step," he said. Susin said they were pleased that the Ministry of National Education did not appeal to the court order that allowed the opening of the school. "In the past, our efforts to open a school were blocked by regulations," he said.

"Assyrian children speaking Assyrian at home had to speak another language when they went out. They were traumatized. For instance, a survey found students attending Assyrian language and literature departments at the university could not understand a word of the Assyrian used in their studies as they could not speak Assyrian freely," Kenan Gürdal, deputy director of the foundation, said. Gürdal said they fought for years for the opening of the school. "Now, ministry officials, bureaucrats take an interest in our case and help us," he said. Gürdal noted that teachers appointed at the school are fluent in Assyrian and Aramaic as well as in English and would teach three languages. He said 60 students will attend the school and parents not living in Istanbul also sought to enrol their children in the school.

The foundation had formally applied for the reopening of the school last year but the application was initially rejected by the Ministry of National Education on the grounds that only members of Armenian, Greek and Jewish community can open schools according to the Treaty of Lausanne that led to the closure of the school in 1928. The foundation now plans to open up elementary, middle and high schools for Assyrians.

Turkey's non-Muslim minorities have long been treated as second-class citizens and deprived of rights such as opening schools. Since the Justice and Development Party (AK Party) came to power in 2002, minorities have seen an improvement of their rights such as the return of properties belonging to Christian communities, years after they were seized by the state.
Last Update: Aug 29, 2014 1:48 am
RELATED TOPICS