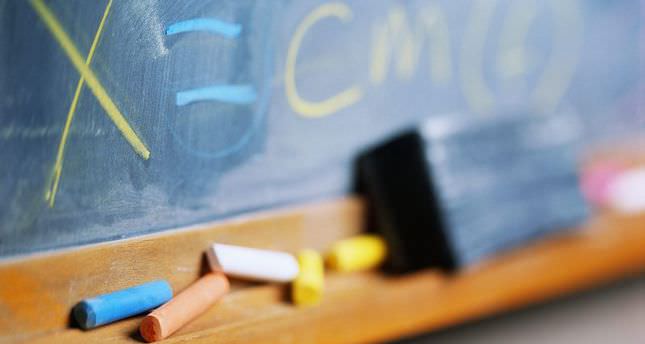 by AA Sep 10, 2014 12:00 am
A report by the OECD shows more Turkish citizens are getting a university education than ever before while university graduates earn far more than those with an entry-level education only compared to other countries

The Organization for Economic Cooperation and Development (OECD) released the "Education at a Glance 2014" report, offering insight into the education statistics of 37 countries. The report indicates attainment levels in higher learning increased and university graduates earn above average compared to those with secondary education in other countries.

The report, based on data collected in 2012 and before, shows that Turkey has also almost caught up with the OECD average of 84 percent in terms of employment for those with a tertiary or university education, with 76 percent employed in the public and private sector. Again, men dominate the workforce according to the statistics in the report.

Aiming to boost the number of educated women, the Turkish government had launched a project entitled "Women Deserve a Second Chance." The project spearheaded by the government and President Recep Tayyip Erdoğan's wife Emine Erdoğan helped over 12,000 Turkish women who dropped out of school to complete their education so far. Turkish women, especially those from poor families, often drop out of schools to earn income for their families. After marriage they are often stuck rearing children, and are mostly unable to pursue education. The project offers free distance learning programs and courses for women to complete their high school education. The government provides financial support for women attending schools and courses including daycare costs of their children and school fees.

Another negative aspect of the report for Turkey is that the country still tops the list of OECD countries in terms of people between the ages of 15 and 29 who do not pursue education or employment, though this figure has decreased to 29 percent in 2012 from 44 percent in 2005. This figure is especially high among women.

As for university education, those attaining tertiary education between the ages of 25 and 34 rose to 21 percent in 2012 from 17 percent in 2010.
The report also looks into teachers' living standards and says teachers' income is "high according to Turkish standards but they earn less than their foreign colleagues according to international standards." A primary school teacher with 15 years of experience, for instance, earns two thirds of what teachers with the same level of experience earn in other OECD countries. Nevertheless, they still earn 9 percent more than full-time employees with tertiary education in other sectors in Turkey.

According to the report, the socio-economic gap between university-educated people and the rest of society is growing despite improving access to education worldwide. It also says the number of people with lower qualifications than their parents has risen.

OECD research suggests that almost 10 percent of 55-64 year-olds had lower levels of education than their parents; this figure has risen to 16 percent among 25-34 year-olds.

The impact of parents' educational background continues to make a strong positive contribution to children's educational level, the OECD claims. While only 23 percent of adults with parents possessing basic education acquired third-level qualification, this rate rose to 65 percent among people who have at least one tertiary-educated parent.

"Education can lift people out of poverty and social exclusion, but to do so we need to break the link between social background and educational opportunity," OECD Secretary-General Angel Gurria said.

"The biggest threat to inclusive growth is the risk that social mobility could grind to a halt. Increasing access to education for everyone and continuing to improve people's skills will be essential to long-term prosperity and a more cohesive society," he added.