A new start for Kurds, Greeks and Syrians 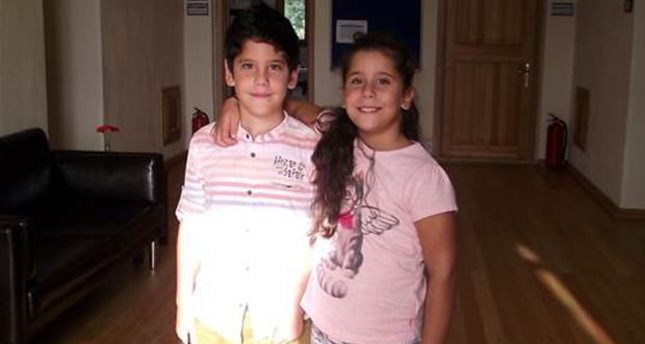 by Daily Sabah Sep 16, 2014 12:00 am
The highlight of the new school year for Turkey's Kurdish community is the opening of three private schools in the southeast with a Kurdish curriculum. Long-complaining about denial of their rights, such as education in Kurdish, the community celebrates the launch of schools in the provinces of Diyarbakır, Şırnak and Hakkari.

Coming at the heels of the government's hailed initiative to address problems of the Kurds, schools faced trouble before their opening. Although education in Kurdish for private schools was allowed in a landmark move by the AK Party government, local authorities found that the schools are not in line with technical regulations. Troops guarding officials inspecting one of the schools in Diyarbakır came under harassment fire by the terrorist PKK organization that still boasts support in the Kurdish community in the southeast.

Three primary schools will be operated by local nongovernmental organizations and endorsed by political parties affiliated with the PKK. This umbrella group of NGOs and parties has also called for a boycott of Turkish-language schools in the region, urging parents not to send their children to school for the first week of the school year.

However, authorities said the boycott was not popular in the southeast with most students showing up for the first day. For decades, southeastern and eastern Turkey has been beset by a violent campaign by the PKK that claims to fight for Kurdish self-rule. The Turkish state equally responded to the PKK violence by a brutal crackdown on Kurds, including those not affiliated with the terrorist organization.

The official state policy has long been to deliberately ignore Kurds' rights, such as education in "mother tongue." The reconciliation process launched by the government two years ago pledged a restoration of their rights.

Nevertheless, still influential in the region, the PKK and its affiliates keep launching attacks against targets they deem countering their pursuit of self-rule. Three schools were torched by supporters of the PKK last week in the Bulanık district of the eastern province of Muş last week. The public schools were heavily damaged in the attacks. Some 2,000 students will be back to school one week later at the earliest, as repair work continues at the schools.

Similar to Kurds, Turkish Greeks have long yearned to run their own schools after decades of discriminatory policies targeting the minority. Gökçeada, Turkey's largest island off the northwestern coast and home to a small community of Greeks, saw the first school exclusively catering to Greek citizens open last year. The primary school was opened five years after Greek schools in the country were closed down in the absence of students, as many left the country in the face of discrimination. The school had four students last year, but this number dropped to two this year.

Dimitri Kalpas, one of the students, returned to Greece's Thessaloniki, his family's hometown, while Kaan Kaleci, another student, graduated, having already completed his education in a Turkish school. This year, only Musa and Sofia Avcı, two siblings, will attend the school.

As for Syrians, the new education year means a respite from the tedium of the modern camps for the displaced community in Turkey's border provinces. Some 4,500 students were back at school in a tent camp where over 16,000 displaced Syrians live in the southern Turkish province of Kahramanmaraş along with nearly 10,000 students at two "container cities" for people displaced in the southern province of Kilis.