PM Davutoğlu: Turkey is not biased on ECHR decisions 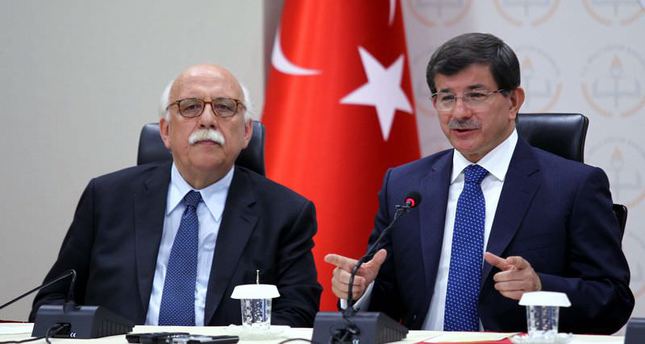 by Daily Sabah with AA Sep 17, 2014 12:00 am
Prime Minister Ahmet Davutoğlu commented over the European Court of Human Rights Court's (ECHR) decision on Wednesday and said that Turkey is not biased against EHCR's decisions.

Davutoğlu pointed out that the students are being taken to churches for religion courses in some countries, and it is impossible to accept the allegations claiming that religion and ethics classes are being used for religious pressure in Turkey.

Reminding current religious radicalization on Turkey's borders, Davutoğlu stated that religion and ethics education is vital to prevent unhealthy and incorrect religious information, and it is a matter of curriculum rather than the whole course itself.

The EHCR announced a decision on Tuesday said that Turkey must reform its religious curriculum education in schools "to ensure respect for parents' convictions".

The finding came on Tuesday after 14 Turkish nationals of the Alevi faith, an unorthodox minority branch of Islam, had complained that the content of Turkey's compulsory classes in religion and ethics in schools was based on the Sunni understanding of Islam.

The complainants were parents of second-school children when they first brought the case in Turkey in June 2005.

The ECHR judges declared in a statement that Turkey had violated the right to education under the European Convention on Human Rights, saying the ECHR observed that in the field of religious instruction, the Turkish education system was "still inadequately equipped to ensure respect for parents' convictions".

They stated it should remedy the situation and introduce a system whereby pupils could be exempted from religion and ethics classes, without their parents having to disclose their own religious or philosophical convictions.

When the complainants had first launched the case nine years ago in Turkey, they had asked the Turkish Ministry of Education to initiate a consultation with leading members of the Alevi community in order to include Alevi culture and philosophy on the curriculum.

But their proposal was rejected and the applicants and 1,905 other people later challenged the decision in the Ankara Administrative Court.

They then took their case to the ECHR on 2 February 2011 after it was dismissed by the court on August 2010 on the basis "that the curriculum did not give precedence to any particular faith and adopted a supra-denominational approach".

After Sunnis, Alevis constitute the second-largest religious community in Turkey.