Minister: Christian theology lessons to be introduced in schools 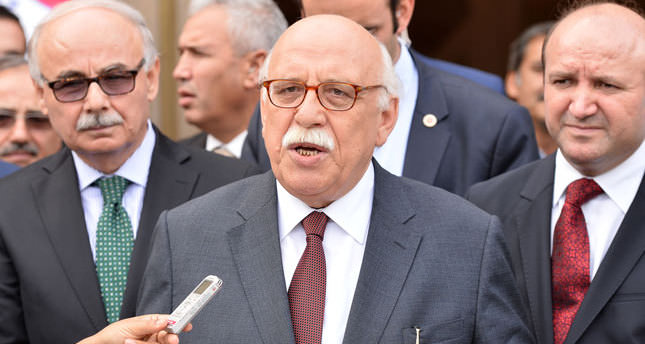 Speaking to Turkish daily Habertürk, Nabi Avcı said he recently signed a regulation for theology lessons for Christian students. "There are schools operated by minorities in Turkey and students attending them will be able to learn about their religion. Our Jewish citizens are also preparing a curriculum for religious lessons," he said.

Turkey hosts a small Christian community mainly consisting of Greek Orthodox groups, Armenians, Assyriacs, along with smaller Catholic and Protestant congregations. A religious curriculum for the Christian community has long been on the agenda of the Ministry of National Education. Turkish media reported earlier this year that the ministry contacted prominent Christian groups in the country, seeking their assistance in establishing Christian theology classes that will be offered as elective courses at grade schools.

Turkey's non-Muslim minorities have long been treated as second-class citizens and deprived of rights such as opening their own schools. Since the Justice and Development Party (AK Party) came to power in 2002, minorities have seen an improvement in their rights such as the return of properties belonging to Christian communities, years after they were seized by the state.

Religious curriculums have been a thorny issue in Turkey, a predominantly Muslim country, especially for Turkish members of the Alevi faith, an unorthodox branch of Islam. They claim Sunni Islam was imposed upon young Alevi children through obligatory classes. In September, the European Court of Human Rights (ECHR) issued a verdict, stating that Turkey must reform its religious curriculum education in schools "to ensure respect for parents' convictions." The verdict came after 14 Turkish nationals of the Alevi faith had complained that the content of Turkey's compulsory religion and ethics classes in schools were based on the Sunni understanding of Islam. The ECHR judges declared in a statement that Turkey had violated the right to education under the European Convention on Human Rights, saying the ECHR observed that in the field of religious instruction, the Turkish education system was "still inadequately equipped to ensure respect for parents' convictions." The Turkish government has criticized the verdict and government officials stated that the classes were also teaching moral values vital to prevent unhealthy and incorrect religious information.