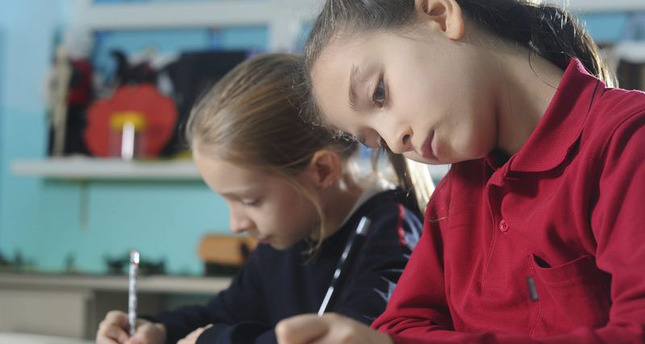 The Gülen Movement’s network of schools in Turkey, which is a main source of recruitment and revenue for the group, suffered from losses in number of students as families took their children out of the schools in the wake of exposure of the movement’s alleged coup attempt and other scandals in which they were involved

The Gülen Movement is rapidly losing its popularity in Turkey after its alleged wrongdoings and attempts to overthrow the government were revealed last year. Families of students increasingly stay away from the once-popular schools operated by the Gülen Movement following the scandals that the movement was allegedly involved in, such as wiretapping government officials and imprisoning the movement's critics on trumped-up charges.

Schools are a major venue for the movement to recruit new followers and boost its revenues. This year has seen a sharp drop in the number of students attending the schools across the 81 provinces of Turkey, with many families transferring their children to other private and public schools. Then Prime Minister Recep Tayyip Erdoğan, had called on families to stop enrolling their children in Gülen schools after a string of scandals involving the movement, which is accused of running "a parallel structure" through its members in the judiciary and law enforcement, surfaced.

Grade schools and high schools operated by the movement had a total vacancy of 199,329 students this year, and currently have 106,397 students. The schools had 109,050 students enrolled during last year's two semesters.

Gülen private schools operate within an integrated system of primary, middle and high school. This year's figures indicate many students who were supposed to attend middle or high school in the same group of schools run by the movement after completing the first five years of primary school or three years of middle school, transferred to other schools. For instance, a Gülen middle school in the southern city of Adana had 130 students last year, but lost 27 students in the 2014-2015 school year. A primary school branch of the same "college" – a term used to describe private-run integrated grade and high schools in Turkey – had only two new students this year. A high school in Istanbul's Maltepe district, which has a vacancy of 810 students, has only 229 students attending this year, compared to 332 in the 2013-2014 school year.

Sabah newspaper reported earlier this year that the number of students attending Gülen schools was 205,000 in the 2013-2014 school year, and the movement controlled 31 percent of private schools in Turkey. This means an almost 50 percent drop in admissions to the schools.

With dropping admissions, Gülen schools lowered tuition and offered up to a 70 percent discount in fees, the lowest in the entire country.

The Gülen Movement runs a global network of educational institutions and a local network of prep schools operating under different names. The government's decision to shut down prep schools for their transformation into private schools to improve the quality of education antagonized the movement. The movement openly declared war against the government, and launched a defamation campaign against the Justice and Development Party (AK Party). Still, the government did not hesitate, and Parliament passed a bill to close down prep schools by 2015. The movement is accused of using students educated at private and prep schools to infiltrate state institutions to expand its influence. Through its followers in state-run institutions overseeing exams for admission to universities, police academies and institutions of higher learning, the movement reportedly acquired questions and answers to exams in advance and supplied it to students loyal to the movement.

The schools were also recently turned into grounds for dissemination of political propaganda. Students complained that teachers and staff at schools were organizing events and making statements defaming the government after the operations targeting members of the Gülen Movement in state institutions were launched.